SEJONG, May 8 (Yonhap) -- South Korea's finance ministry said Friday it will push for policy efforts to revive private consumption as it seeks to minimize the economic fallout from the coronavirus pandemic.

"There is the need to prepare for special measures to recover economic sentiment," Kim told a meeting with senior ministry officials.

The nation's service industry has taken a big hit from the pandemic, but demand for new industrial sectors, such as data and artificial intelligence, is increasing, Kim said. 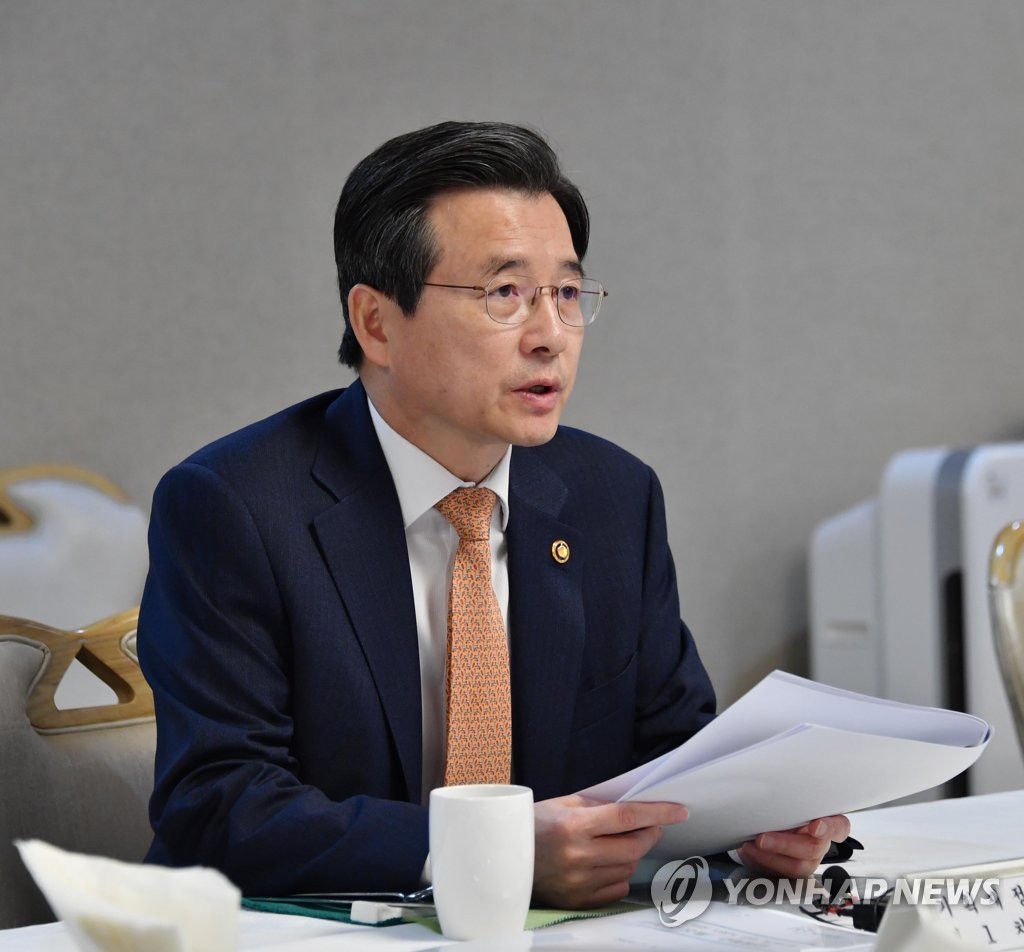 Kim warned that global trade could sharply shrink this year, as the pandemic has crippled global supply chains and demand.

South Korea's exports sank 24.3 percent in April from a year earlier, and the nation suffered a trade balance deficit of $950 million last month.