YONGIN, South Korea, May 8 (Yonhap) -- A co-worker of the novel coronavirus patient who visited clubs and bars in Seoul's popular multicultural neighborhood of Itaewon has tested positive for the virus, a local government said Friday.

Health authorities had classified the man, 31, as one of the 29-year-old patient's contacts, as they work in the same IT company based in Seongnam, Gyeonggi Province.

The co-worker has been admitted to a hospital in Anseong in the same province after he was confirmed to have COVID-19 this morning, the Yongin city government said, adding that the man resides in the city.

So far, two of the 29-year-old patient's contacts have tested positive.

The man, whom health authorities consider is a case of community transmission, traveled to parts of the country and visited five clubs and bars in Itaewon over the weekend.

The city said it identified 58 contacts of the man in its jurisdiction, including 44 co-workers. The man's company has been shut down to stem the spread of the virus. 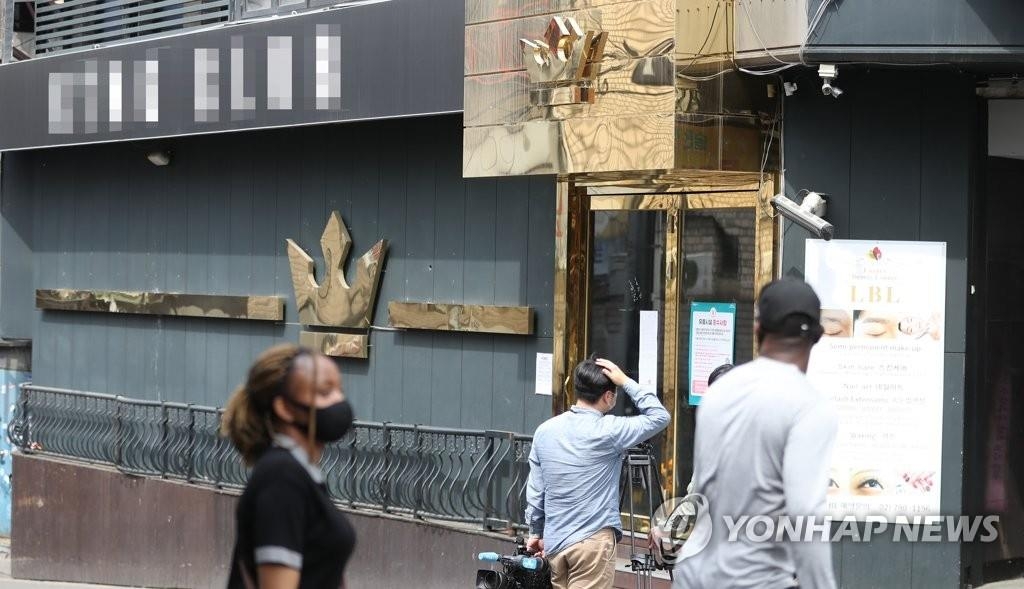