SEOUL, May 8 (Yonhap) -- Former Justice Minister and presidential aide Cho Kuk attended a court hearing Friday for the first time since he was indicted on charges related to his daughter's academic credentials and a suspended inspection into a corruption case.

Appearing at the Seoul Central District Court in the morning, Cho criticized the prosecution for what he called "distorted and exaggerated" charges.

"I will fight off the charges distorted and exaggerated by the prosecution one by one based on facts and legal principles," he told reporters. "It will take a long time, but I will fight tirelessly." 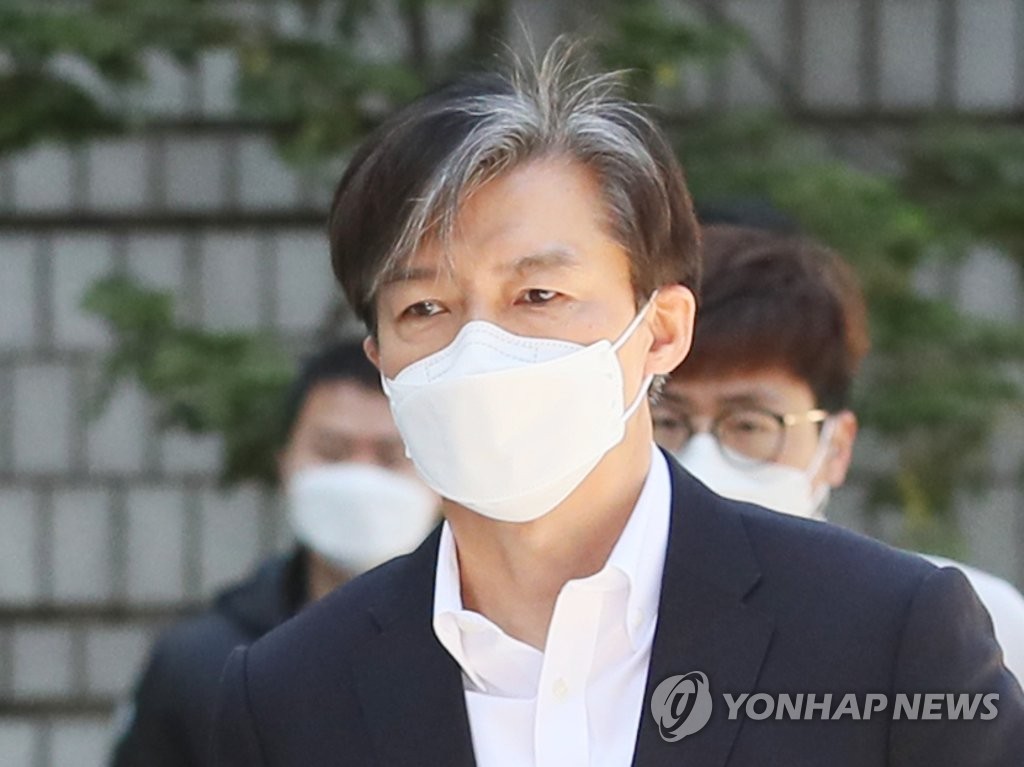 Cho, a close ally of President Moon Jae-in, was indicted in January for abusing his power by ordering an end to the presidential office's special inspection into bribery allegations involving former Busan Vice Mayor Yoo Jae-soo in 2017.

Yoo was arrested late last year for accepting bribes worth 49.5 million won (US$40,682) during his term at the Financial Services Commission (FSC).

Cho was also indicted in December on charges, including bribery, over his roles in the alleged faking of his daughter's school credentials and his family's suspicious investment in a private equity fund. His wife has been arrested and indicted in the same cases.

On the first day of the trial, the court addressed the suspended inspection case. Along with Cho, two former presidential secretaries, who were also indicted in the case, appeared at the court.
(END)