SEOUL, May 8 (Yonhap) -- Seoul stocks continued to trade higher late Friday morning after getting off to a solid start buoyed by less than pessimistic data from the United States.

Wall Street gathered ground overnight on better-than-expected jobless data from the United States. Some 3.16 million Americans had applied for unemployment benefits last week, down 677,000 from a week earlier.

Optimism over the upcoming resumption of businesses in major economies, including the U.S., after coronavirus lockdowns also induced investors to scoop up local shares. 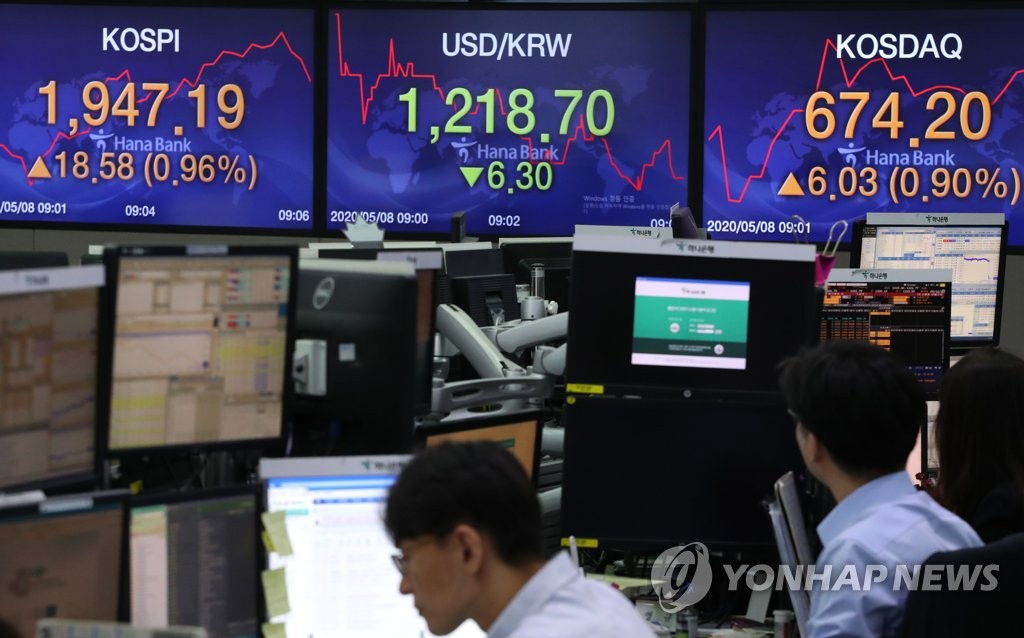