SEOUL, May 8 (Yonhap) -- Maj. Gen. Kim Do-gyun, who handles inter-Korean affairs at the defense ministry, was named Friday to lead the Capital Defense Command after a promotion to the three-star rank.

Kim, 54, is to replace Lt. Gen. Kim Sun-ho and will officially begin his service next week, the defense ministry said, announcing a regular shake-up to promote a total of four two-star and nine three-star generals.

Kim is known for plenty of experience particularly on North Korea affairs. He led the South Korean delegation in the general-grade inter-Korean military talks in 2018 that were meant to discuss measures to ease tensions and build confidence between the two Koreas.

In the reshuffle, Maj. Gen. Lee Young-chul was also promoted and tapped to lead the Defense Intelligence Agency, according to the ministry.

R. Adm. Lee Jong-ho, who is currently in charge of personnel affairs in the Navy headquarters, was named the commander of the Republic of Korea Fleet Command, and R. Adm. Kim Jung-soo was appointed the vice chief of the naval operations, the ministry said. 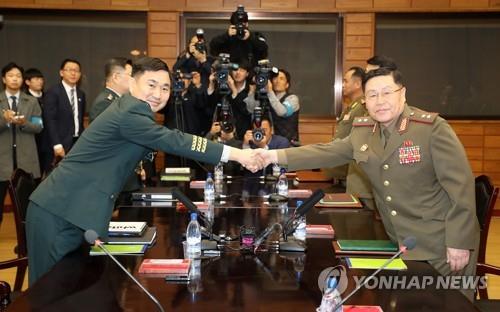