SEOUL, May 8 (Yonhap) -- The ruling Democratic Party (DP) approved a bid Friday to merge with its sister party created to seek proportional representation seats in the latest parliamentary elections.

Of nearly 180,000 party members who participated in an electronic vote, 84.1 percent approved the proposal, according to party officials. The vote was conducted for 24 hours beginning at 6 a.m. Thursday.

The DP created a satellite party, named the Platform Party, in the runup to the April 15 parliamentary elections, in a reciprocal move to counter the main opposition United Future Party's similar strategy.

Now, they command 177 seats as three elected lawmakers were kicked out of the Platform Party due to a property speculation scandal and other mishaps.

The merger process is expected to be completed by Wednesday. 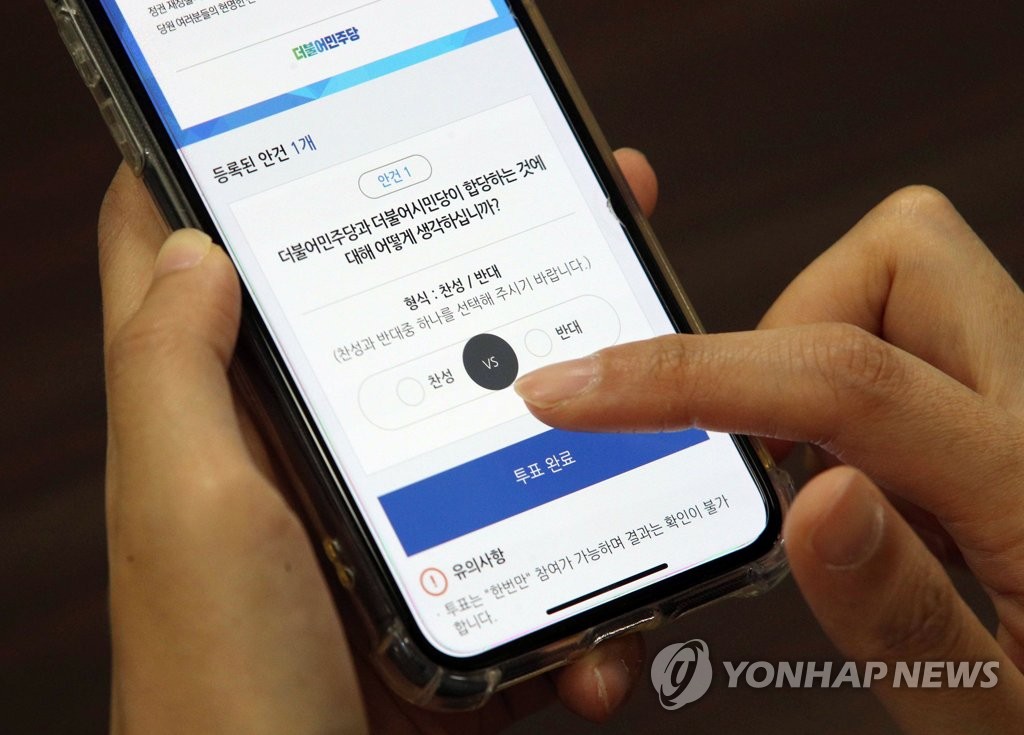