SEOUL, May 8 (Yonhap) -- Rep. Joo Ho-young was elected new floor leader of the main opposition United Future Party (UFP) on Friday, with the task of rebuilding the conservative party that suffered a crushing defeat in the latest elections.

Joo, a soon-to-be five-term lawmaker, beat his rival Kwon Young-se, according to party officials. He will replace Rep. Shim Jae-chul, an acting chief of the party.

The 59-year-old Joo pledged strenuous efforts to rebuild the UFP as a strong opposition party, stressing it is urgent to shed a "sense of defeat."

"Our party has reached the bottom. If we don't make things right within one or two years, we will never win the next presidential elections," Joo said.

The UFP is reeling from the fallout of its defeat in the April 15 parliamentary elections as the party and its sister party only obtained 103 seats in the 300-member unicameral National Assembly.

This compared with a combined 177 seats to be controlled by the ruling Democratic Party (DP) and its sister party.

The UFP has yet to decide whether to let its former campaign chief, Kim Chong-in, chair the party's new interim leadership committee.

The party picked Kim as its caretaker leader last month, but he virtually rejected the decision, taking issue with its failure to guarantee an extensive term.

Joo's negotiation power will be first put to the test when he holds discussions with the ruling party over the formation of parliamentary standing committees for the 21st assembly.

The ruling DP elected Rep. Kim Tae-nyeon as its new floor leader Thursday. Kim voiced his willingness to meet his UFP counterpart soon to discuss ways to operate the parliament. 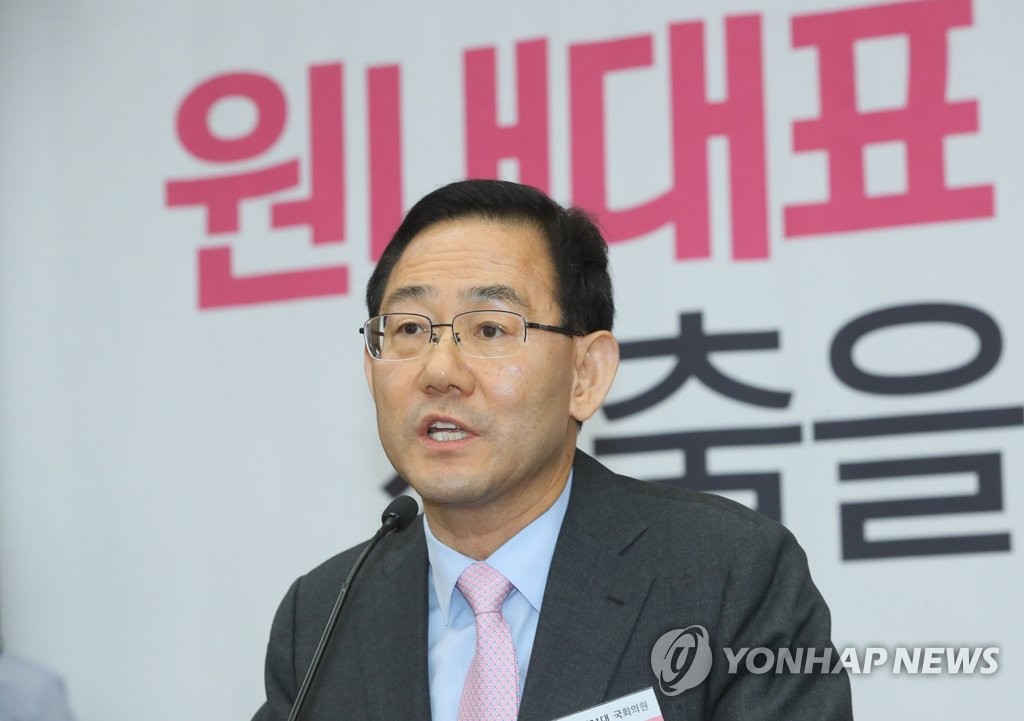