SEOUL, May 8 (Yonhap) -- The video for BLACKPINK's 2016 song "Playing with Fire" topped the milestone of 500 million YouTube views Friday.

The music video surpassed the threshold early in the day, becoming the group's fifth piece to achieve the feat following "Ddu-du Ddu-du," "Boombayah," "As If It's Your Last," and "Kill This Love," according to the K-pop band's management agency, YG Entertainment.

BLACKPINK became the first K-pop girl band to have five music videos that has amassed more than 500 million YouTube views.

Its 2018 song "Ddu-du Ddu-du," which topped 1.1 billion views in March, is the most-watched YouTube music video by a K-pop band.

The four-member act, which has collaborated with American pop icon Lady Gaga on the latter's new upcoming album, will return with a new album next month. 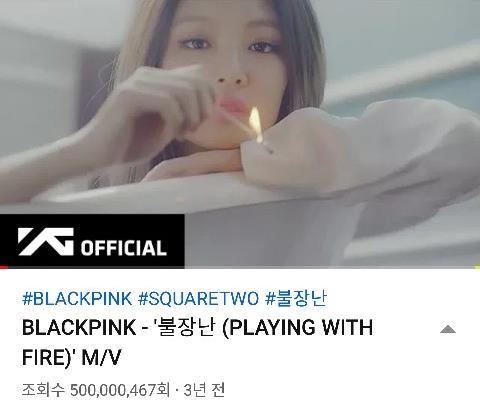