SEOUL, May 8 (Yonhap) -- South Korean stocks closed higher Friday as investor sentiment got a boost from less-than-pessimistic economic indicators from the United States and China, analysts said. The Korean won rose against the U.S. dollar.

Seoul stocks got off to a solid start on the back of the report that 3.16 million Americans had applied for unemployment benefits last week, down 677,000 from a week earlier. 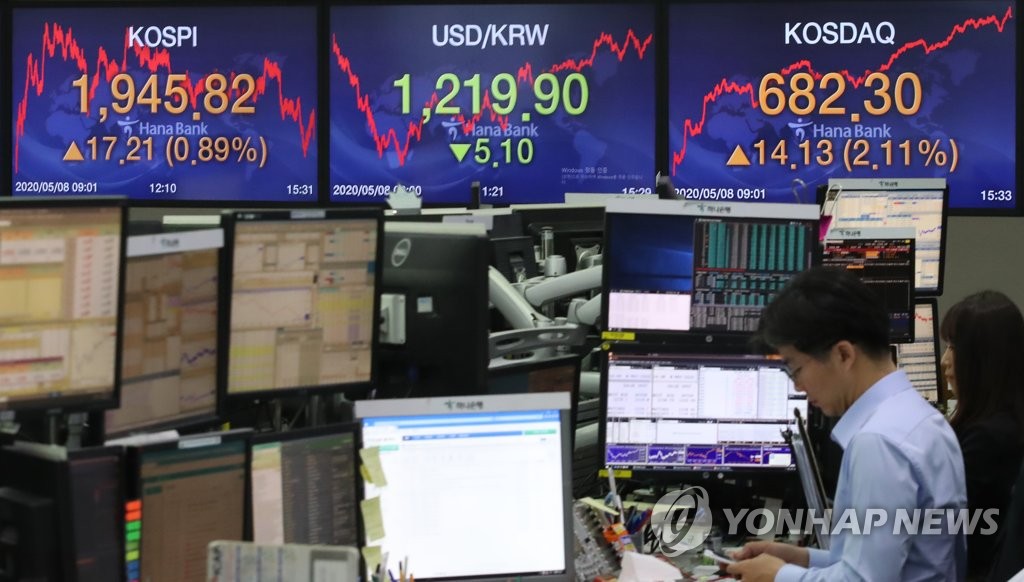 Beijing said earlier its outbound shipments for April advanced 3.5 percent from a year earlier, marking the first monthly increase since the outbreak of the COVID-19 pandemic.

"Investor sentiment improved on rising hope over the recovery of the U.S. economy, as the country is moving to resume its business activities," said Lee Young-gon, an analyst at Hana Financial Investment.

Bond prices, which move inversely to yields, closed higher. The yield on three-year Treasurys fell 3.2 basis points to 0.914 percent, and the return on the benchmark five-year government bond slid 4.3 basis points to 1.166 percent.