SEOUL, May 8 (Yonhap) -- Jeju Air Co., South Korea's biggest low-cost carrier, said Friday it shifted to a net loss in the first quarter from a year earlier amid the fallout from the coronavirus outbreak.

Jeju Air swung to a net loss of 101.4 billion won (US$83 million) in the January-March quarter from a net profit of 42.1 billion won a year ago, the company said in a statement.

"Most of the flights on international routes have been suspended due to the coronavirus impact and sharply declined travel demand ate away at the bottom line," the statement said. 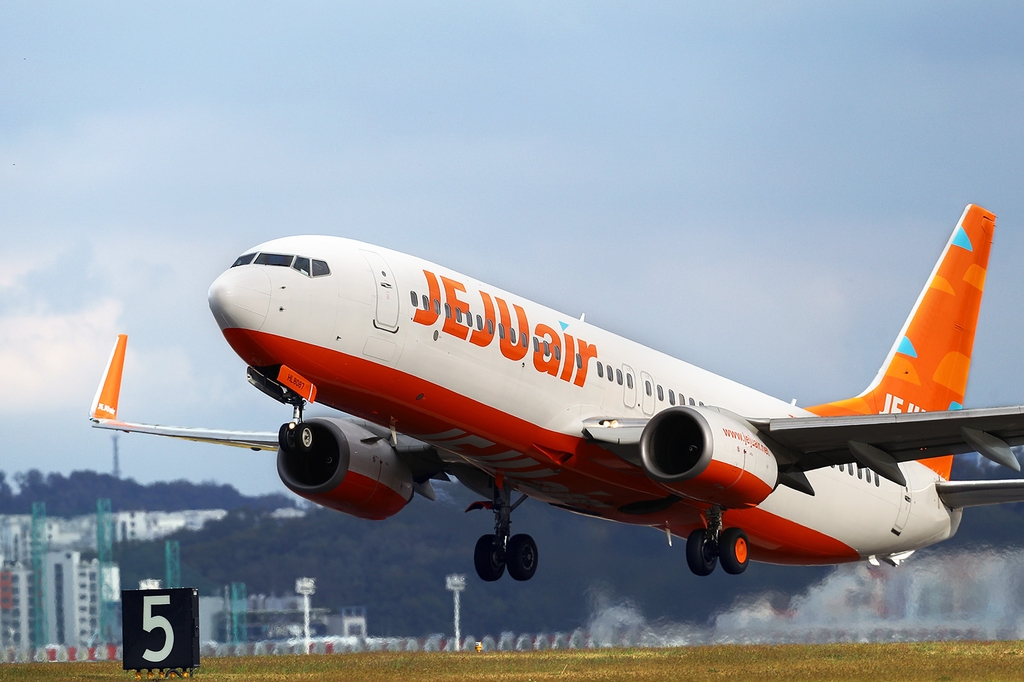 The budget carrier recently delayed its acquisition of smaller local rival Eastar Jet Co. from the originally scheduled April 29, as foreign regulators are still reviewing their merger. Vietnam and Thailand have yet to approve the combination of the two carriers.

Jeju Air signed a deal to acquire a controlling 51.17 percent stake in Eastar Jet from its parent Eastar Holdings Inc. for 54.5 billion won in March in its expansion strategy.

Once the two Southeast Asian countries approve the deal, South Korea's two state lenders -- the Korea Development Bank and the Korea Export-Import Bank of Korea -- are expected to inject 170 billion won into Jeju Air to help it continue operations amid the growing impact of the coronavirus outbreak.

In other efforts to ride out the COVID-19 fallout, Jeju Air plans to raise 10 billion won by issuing convertible bonds with rights to convert into Jeju Air stocks between June 30, 2021, and May 30, 2025.

Eastar Holdings will purchase the convertible bonds to be issued by Jeju Air on June 30, and the bonds can be converted into Jeju Air equities at 25,520 won per share during the four-year period.