SEOUL, May 8 (Yonhap) -- SKC Co., a South Korean maker of chemicals and film products, said Friday that its net profit nearly tripled in the first quarter from a year earlier due to a stake sale.

For the January-March period, SKC posted a net profit of 86.1 billion won (US$70.5 million), a sharp increase from a profit of 23 billion a year earlier.

SKC said the sale of its stake in SKC Kolon PI Inc., a maker of polyimide film used in displays, semiconductors and electric vehicles, boosted the company's bottom line. 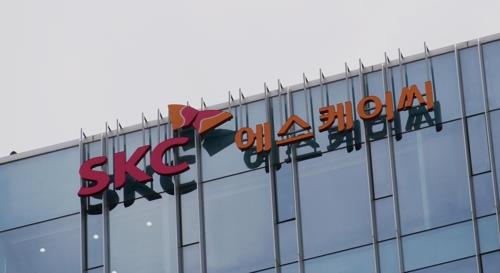