SEOUL, May 8 (Yonhap) -- A motion to permit a million voters to propose a constitutional revision was scuttled at the National Assembly on Friday as the main opposition party boycotted a parliamentary vote.

In March, nearly 150 ruling and opposition lawmakers submitted to the parliament a motion to amend a constitutional clause in a bid to allow voters to propose a constitutional revision. Currently, the revision can be proposed only by a majority of lawmakers and the president.

A plenary session opened solely to vote on the motion as National Assembly Speaker Moon Hee-sang used his right to convene a parliamentary meeting. Rival parties failed to agree on whether to hold the meeting.

Moon declared the vote void due to a lack of a quorum as the main opposition United Future Party and its sister party boycotted it.

The passage of a constitutional revision requires approval by at least two-thirds of 290 lawmakers, or 194 votes. Only 118 lawmakers participated in the vote.

Motions to revise the constitution have to be put to a vote within 60 days after being submitted to the National Assembly.

In May 2018, President Moon Jae-in's bid for a constitutional revision was scuttled as opposition parties boycotted a parliamentary vote to pass the controversial motion.

Moon's proposal called for changing the current five-year presidency limited to a single term in favor of a one-time renewable four-year presidency. The Constitution was last amended in 1987.

The 21st National Assembly will set sail on May 30 after new 300 lawmakers were picked in the April 15 general elections. 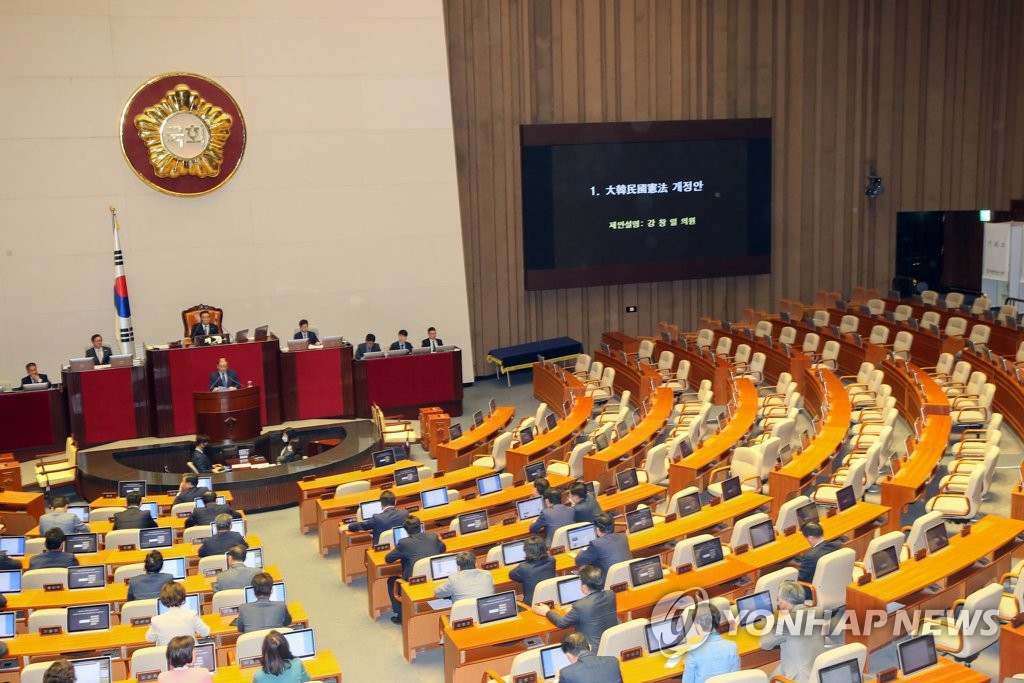