Lee, the league's all-time leading scorer, came off the bench to increase his career total to 225 goals by redirecting home a Son Jun-ho corner in the 84th minute at Jeonju World Cup Stadium in Jeonju, 240 kilometers south of Seoul.

Jeonbuk extended their undefeated opening match streak to eight, with seven wins and one draw. Suwon have not beaten Jeonbuk since the season finale in 2017. 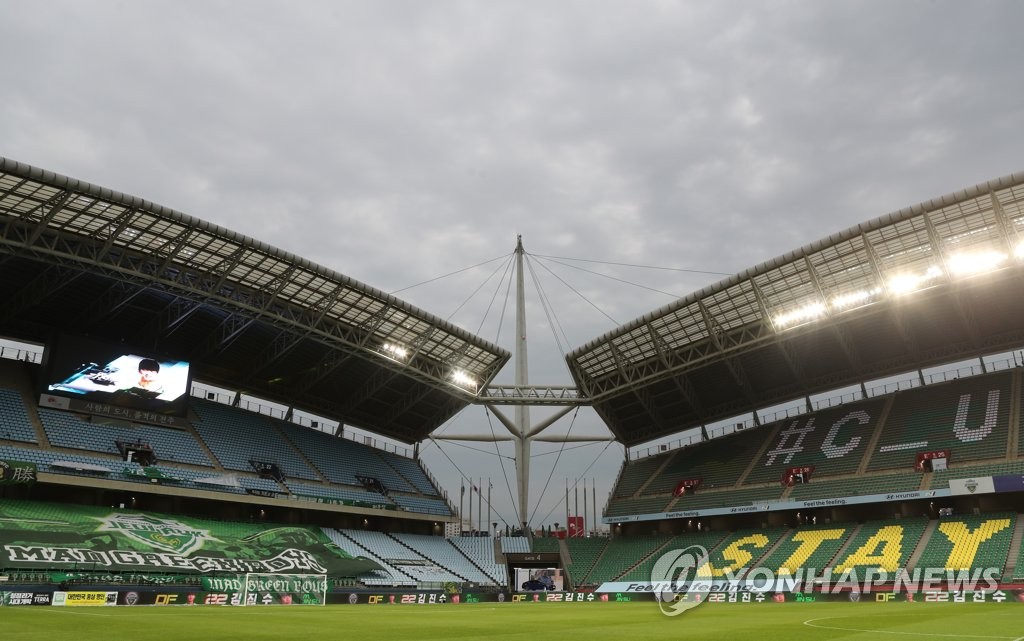 This was the first match of the new season, whose start was pushed back by more than two months because of the coronavirus pandemic. Without the outbreak, the season would have kicked off on Feb. 29.

With the delayed start, this season will feature 27 matches for each of the 12 teams, instead of the usual 38 matches.

As one of the first football leagues to either begin a new season or resume a suspended competition, the K League 1 has been drawing plenty of international interest. Matches will be available in 36 countries this season, and Friday's contest was also streamed live on YouTube and Twitter.

The much-anticipated showdown didn't quite live up to the hype, though, and the steady rain that soaked the field didn't help.

Jeonbuk's first dangerous chance came in the 36th minute, when Han Kyo-won, taking a feed from reigning league MVP Kim Bo-kyung, had a shot go off the leg of Suwon midfielder Terry Antonis.

Suwon goalkeeper No Dong-geon had to stay alert in the dying moments of the first half, as Son Jun-ho nearly headed home a corner and forced No to make a stop right on the line.

Jeonbuk were in control in the second half, but with Suwon locking things down on their end, the home side had trouble generating much offense out of their substantial advantage in ball possession. 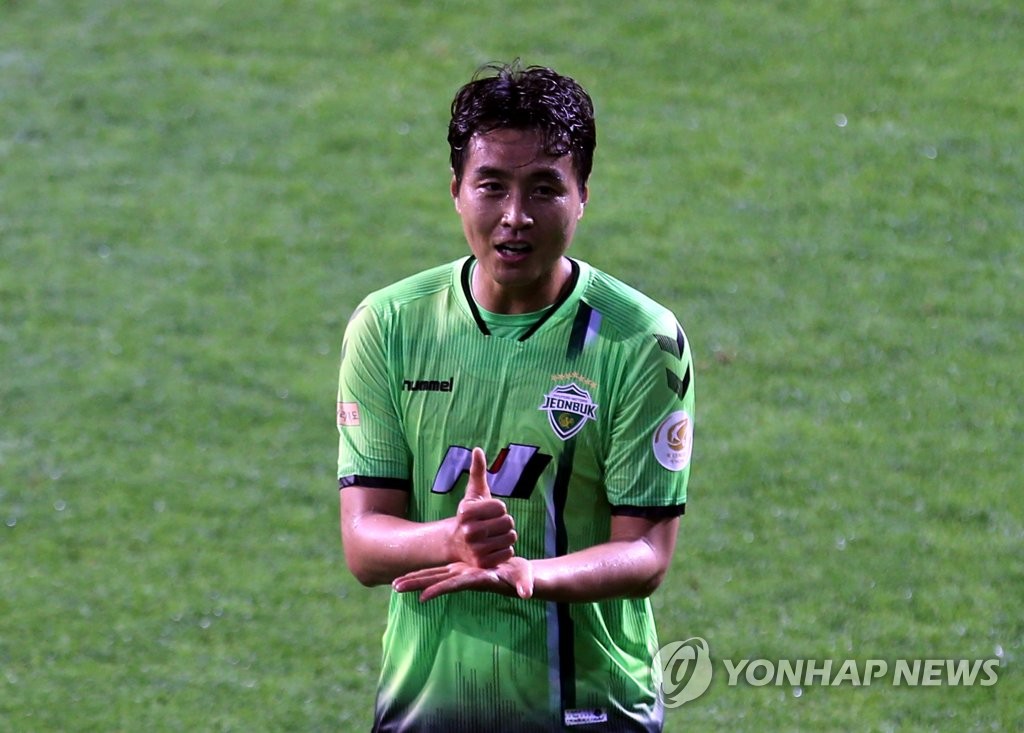 The tide turned a bit in the 75th, when Antonis received a direct red card for a hard, late tackle on Son.

And about 10 minutes later, Son caught the defense napping with a quick-timed corner, and Lee headed it home for a 1-0 lead.

Lee and his Jeonbuk teammates celebrated the goal with the "Thank You Challenge." They gave a thumbs-up sign with their right hand and placed it on the palm of their left hand in a show of appreciation for front-line medical workers, whose efforts made it possible for the K League to begin its season on this day.