WASHINGTON, May 8 (Yonhap) -- The United States continues to seek a defense cost-sharing agreement with South Korea as neither side wants to see the alliance erode, a State Department official said Friday.

His comment contradicts President Donald Trump's claim on Thursday that South Korea "has agreed to pay substantial money to us" for the stationing of American troops there. 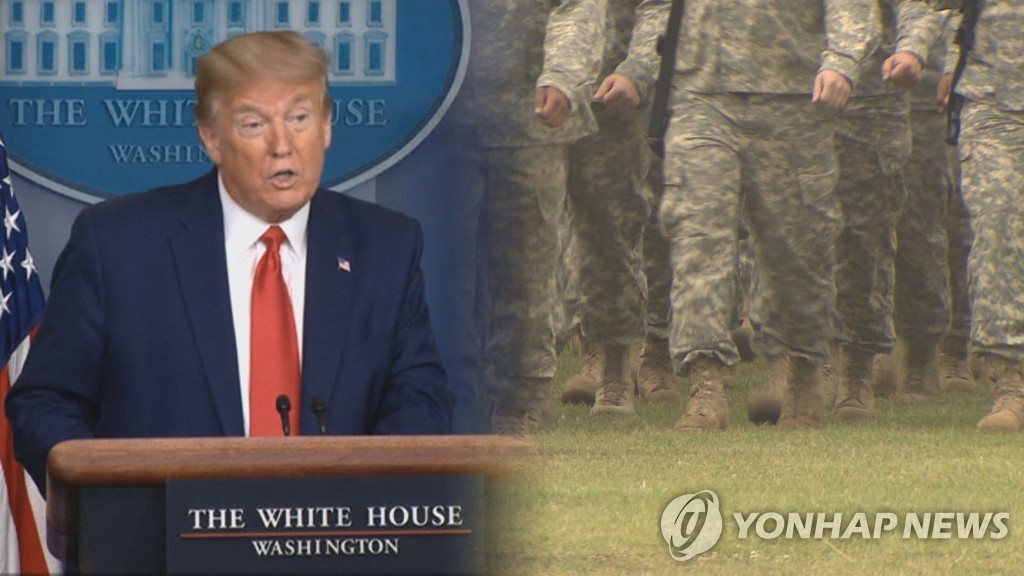 "We are certainly looking for amenable space for Korea and for the United States to get to close on the Special Measures Agreement," Cooper told reporters in a teleconference, referring to the defense cost-sharing deal. "And like I said, the communications have never stopped.

"What you have in place are different factors and different conditions that have to be addressed domestically in Seoul, and we are certainly aware of that," he continued. "But we also -- at the end of the day, nobody -- President Moon (Jae-in), President Trump -- nobody wants to see the alliance erode."

Washington has asked Seoul to pay US$1.3 billion a year to keep the 28,500-strong U.S. Forces Korea, a nearly 50 percent increase from last year. Seoul has balked at the request, saying its best offer stands at a 13 percent increase.

"If one looks at from a foundational standpoint, the alliance is strong," Cooper said. "It remains strong."

He also downplayed concerns that last month's furloughing of some 4,000 South Korean employees with U.S Forces Korea could reduce troop readiness, suggesting the coronavirus outbreak would have led them to be furloughed anyway.

"If one looks at who would be absent today, we're talking about the same amount of reduced personnel footprint related to the furloughs," Cooper said. "So, one could assess that a furlough might have hurt more in a non-COVID space, and it is certainly not something that is desirous in the long run, but in the immediate term, the personnel that were furloughed would not be on post anyway. They wouldn't be there because of the current pandemic posture."