SEOUL, May 9 (Yonhap) -- North Korean leader Kim Jong-un sent a message to Russian President Vladimir Putin on Saturday on the occasion of the 75th anniversary of the end of World War II, the North's state news agency reported.

Kim expressed the belief that friendly relations between the two countries would steadily develop and wished that Putin can achieve victory in preventing the spread of the coronavirus pandemic, the North's official Korean Central News Agency said. 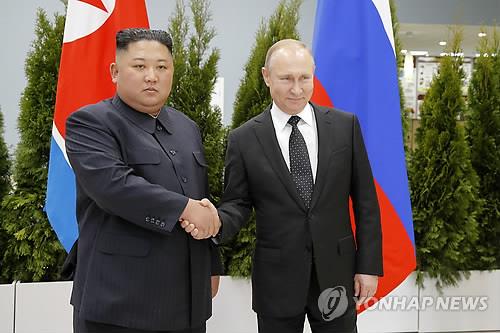 The message came just days after Kim received a commemorative medal from Putin on the occasion of the 75th anniversary of Russia's victory in the war, known as the Great Patriotic War.

North Korea and Russia have intensified efforts to strengthen their bilateral ties since Kim and Putin held their first summit in April last year in the Russian far eastern city of Vladivostok.