SEOUL, May 9 (Yonhap) -- A Yonhap News Agency reporter appeared on an ESPN telecast of a South Korean baseball game Saturday, providing insights for the U.S. audience on their national pastime being played here.

ESPN plans to televise six KBO games per week during the 2020 regular season and will later carry postseason games, including the Korean Series.

With Sciambi and Mendoza, Yoo touched upon differences between the KBO and Major League Baseball, and how the South Korean league has been able to begin its season amid the COVID-19 pandemic. 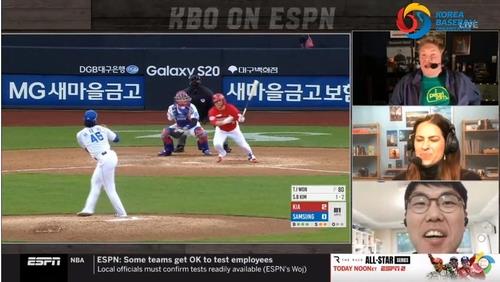