SEOUL, May 10 (Yonhap) -- The wife of former Justice Minister Cho Kuk was released from detention early Sunday, 199 days after she was arrested in October on charges of a series of irregularities, including alleged fabrication of her daughter's academic credentials.

Chung Kyung-sim, a university professor, was arrested on Oct. 24 and faces trial on 15 counts related to her involvement in a dubious private equity fund and alleged fabrication of her daughter's credentials for school admission.

Her release came after the Seoul Central District Court decided Friday not to extend her arrest, saying there is low risk of her destroying evidence as a sufficient investigation has already been conducted into the case.

Chung remained tightlipped amid a barrage of questions from waiting reporters as she emerged from the Seoul Detention Center in Euiwang, just south of Seoul, around 12:04 a.m., dressed in a gray jacket and wearing a face mask.

Chung bowed to cheering supporters before getting into a car and left. 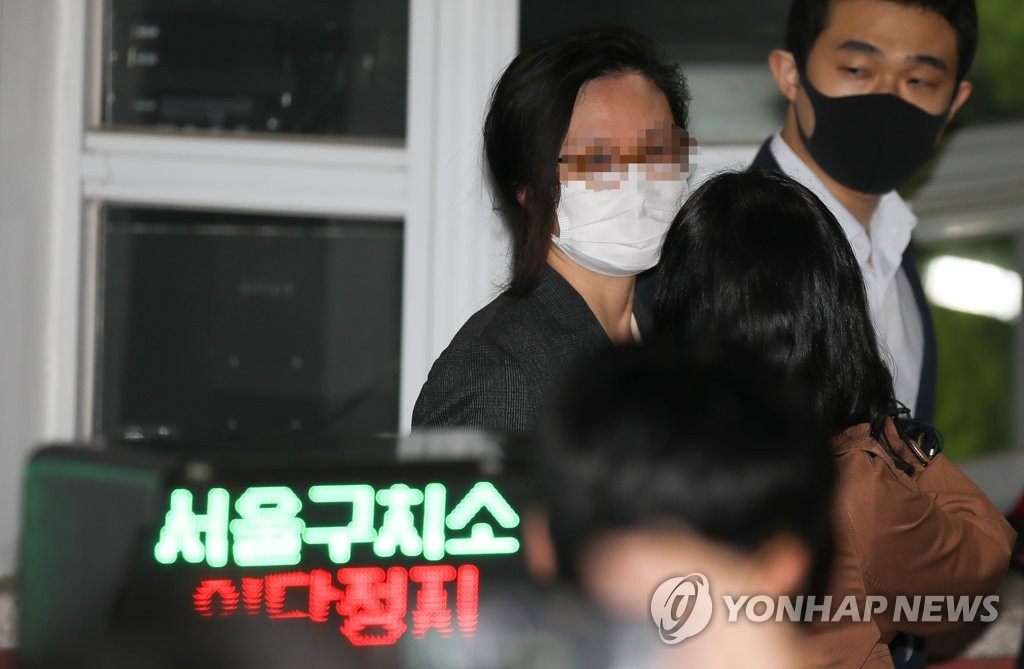