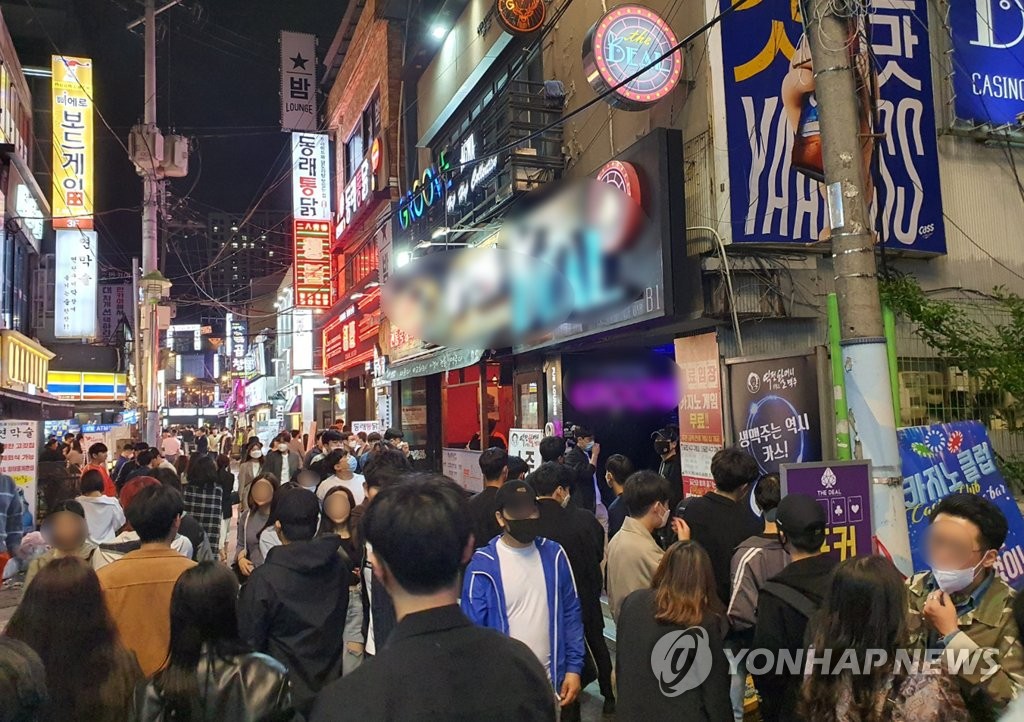 Although infections linked to clubgoers are on a steady rise, Health Minister Park Neung-hoo told reporters that the government may go ahead with its plan to gradually reopen schools from this week.

"It is difficult to make a decision on whether to delay the school reopening process," Park said, citing the early stage of investigation into Itaewon-related infections.

However, Park said the government will make a decision as soon as possible after closely monitoring the severity of the Itaewon-linked infections.

Schools across the country are set to reopen starting Wednesday after being closed for the past few months as part of precautionary measures against the coronavirus.

The reopening is scheduled to be carried out in phases for added safety, starting with high school seniors Wednesday and ending with grade one of middle school and grades five and six of elementary school on June 1.