SEOUL, May 10 (Yonhap) -- The streets of Seoul's bustling multicultural neighborhood of Itaewon looked abandoned Saturday night as the city government stopped clubs and bars from doing business earlier in the day following a recent cluster infection of the new coronavirus.

Under the administrative order, all clubs, bars and other nightlife establishments are banned from hosting "crowds of people," which virtually suspends their businesses.

The precautionary measure came after dozens of infections were reported in relation to a 29-year-old who tested positive for COVID-19 after spending time at five clubs and bars in Itaewon last weekend.

Clubs in Itaewon, usually bustling with crowds of young people and loud music, were found deserted Saturday with signs that read "temporarily closed" and entrances locked.

Although the administrative order does not apply to restaurants, their businesses have also been affected.

"It looks like the district has turned into a complete ghost town," a restaurant owner in Itaewon said. "Normally this is supposed to be the busiest time of the day. Now, there's not a single customer."

"We are struggling the most right now than ever with our business since the coronavirus started," said another restaurant owner who has run business in Itaewon for 11 years.

Clubs in the district of Gangnam were also shut down following the administrative order.

"We held an emergency meeting after Seoul city made the announcement, closed doors and put up signs informing our customers," a club in Gangnam said. "We are worried since we do not know how long we have to keep the doors closed."

Bars labeled as general restaurants in Gangnam, however, were still crowded with customers, raising concerns over further coronavirus infections.

Young customers formed long lines to get seats at indoor "pochas" -- Korean-style bars -- near Gangnam Station. Tables were placed closely together in clusters and the restaurant was filled with customers.

"We were supposed to go to a club, but it was closed so we came to this place," said a man, who was at a pocha in Gangnam with his friends. "I heard a few people were confirmed with the virus in Itaewon, but I'm not worried since it was not in Gangnam."

The administrative order is the second of its kind issued by Seoul since a cluster infection broke out among visitors and employees at a bar in Gangnam last month. 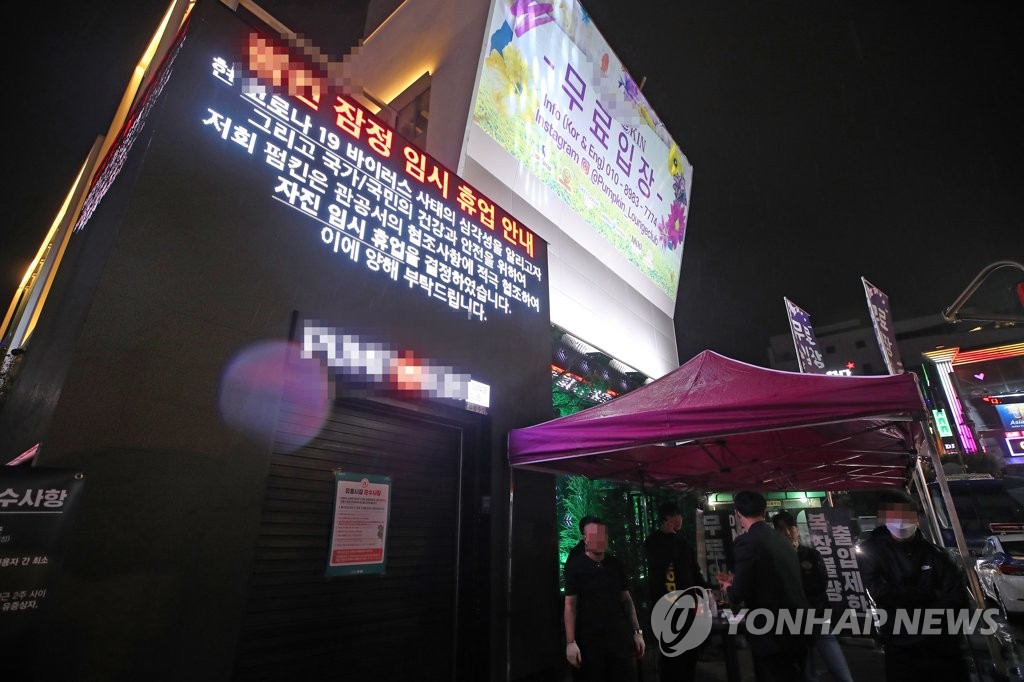 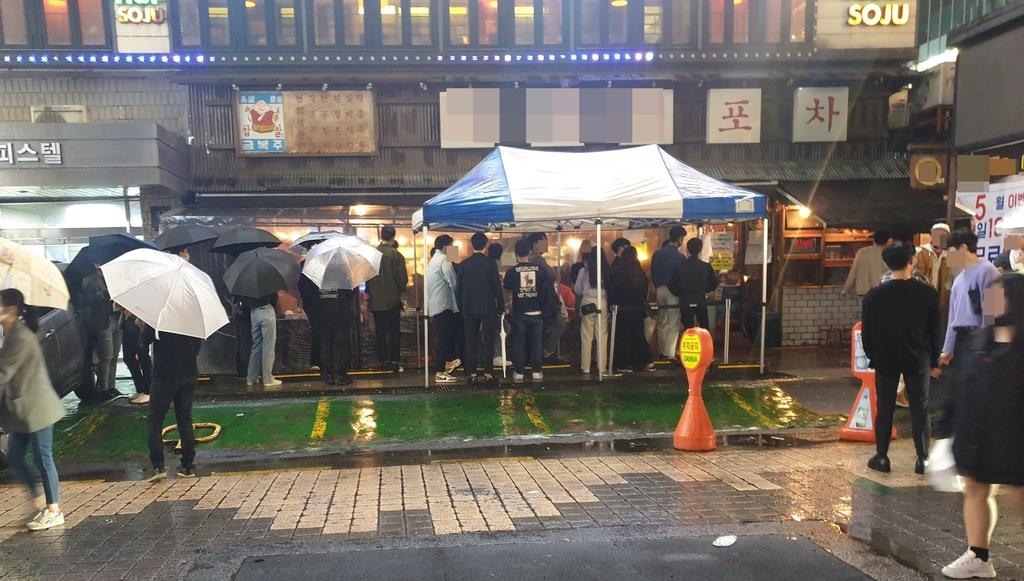