SEOUL, May 10 (Yonhap) -- The Gyeonggi provincial government imposed a "no-assembly" order for clubs and entertainment facilities Sunday after a recent spike in coronavirus cases linked to clubs and bars in Seoul's Itaewon district put health authorities on alert.

Gov. Lee Jae-myung of the province surrounding Seoul said the measure will be effective immediately and remain in place for two weeks, as he announced the administrative order in a nationally televised online emergency press briefing.

Under the measure, all entertainment facilities, including clubs, "room salons," bars and restaurants, are banned from hosting "crowds of people," which virtually suspends their businesses.

"This is an inevitable measure to realistically prevent the risk of any spread of infections and to avoid the balloon effect in Gyeonggi Province following Seoul's administrative order. I ask for your understanding," he added. 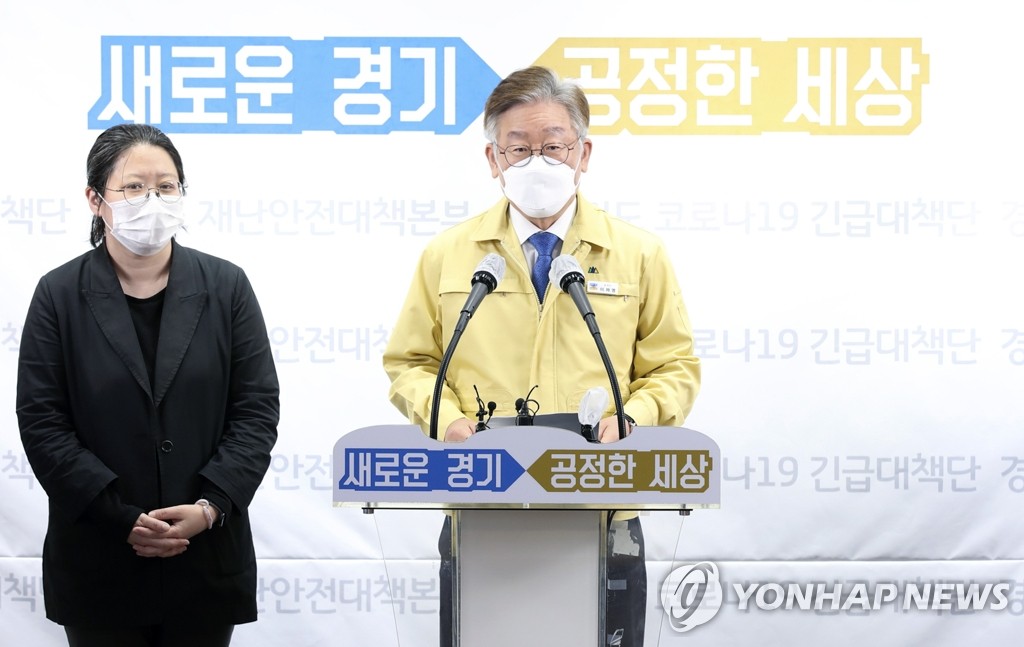 Those who violate the order in the province will face a prison term of up to two years and a fine of 20 million won (US$16,380), Gyeonggi officials said.

Lee also ordered people in Gyeonggi Province who visited clubs and bars in the Itaewon district not to come into contact with others while requiring them to get tested.

Gyeonggi Province is the first local government that has ordered potential virus carriers not to come into contact with others.

Health authorities here said that cases of the coronavirus linked to the clubs in Itaewon jumped to 54 as of noon on Sunday.

South Korea confirmed 34 new cases Saturday, 24 of them linked to Itaewon, raising South Korea's total cases of COVID-19 to 10,874, and the nation's death toll remained unchanged at 256, according to health authorities.

On Sunday, an additional 11 cases were confirmed in connection with the Itaewon cluster infection.
(END)