(ATTN: UPDATES with plan to punish officers, other details from 5th para)

SEOUL, May 10 (Yonhap) -- The South Korean military's cyber command said Sunday another senior officer has tested positive for the coronavirus after contacting a patient serving at the unit in a case presumed to be linked with a new cluster of infections in the bustling Seoul district of Itaewon.

The military is conducting coronavirus tests, based on polymerase chain reaction (PCR), on all the members of the Cyber Operations Command under the direct wing of the Ministry of Defense.

The move reflected growing alarm over the gradual penetration of COVID-19 into the country's 600,000-strong armed forces. 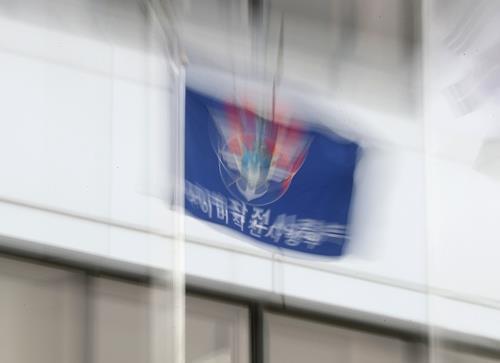 A total of 43 soldiers have been confirmed to be infected with the virus as of 10 a.m. Sunday, with 39 of them declared fully cured, according to the ministry.

The cyber command officer did not visit Itaewon recently, according to a military source.

Earlier, a staff sergeant working at the command was diagnosed with COVID-19 following a visit to an Itaewon club on May 2, where a cluster infection has been reported, in breach of the military's quarantine guidelines.

The officer reported for duty Monday and then a service member with the command was confirmed to have contracted the disease.

An Army captain serving at a base in Yongin, Gyeonggi Province, was also found to have been infected after visiting a club in Itaewon last weekend.

The military plans to take stern disciplinary measures against the staff sergeant and the captain for violating restrictions on off-base activities amid the coronavirus outbreak.

The defense ministry said 969 troops remain isolated in the military's own "preemptive" quarantine step and 114 others have been in quarantine at the call of heath authorities.