North Korean media outlets have called for a frontal breakthrough by securing "self-reliance" in many areas, including food production, since leader Kim Jong-un called for such efforts late last year in order to brace for a protracted fight against sanctions by the United States.

"Whether to succeed in our frontal breakthrough strategy hinges heavily on how much we could consolidate the achievement we have already made in securing a high yield (of grains)," the paper said.

The paper touted the country's recent development of "scientific" farming techniques and "miraculous" achievements they brought about in the agriculture sector, saying that such continued advance would provide huge support for boosting the country's overall economy.

The paper made the urge as a full-blown rice transplanting season has started in North Korea.

The North has called for increased food production, saying self-reliance in its food supply is instrumental in ensuring the communist state's existence and dignity in the face of "murderous" global sanctions.

North Korea has claimed that it recorded a bumper harvest last year, but outside observers say the North has been suffering from a chronic food shortage.

Leader Kim urged a drastic increase in agricultural production in his speech in late December, saying there is no expectation of the U.S. lifting sanctions against Pyongyang amid a lack of progress in denuclearization talks. 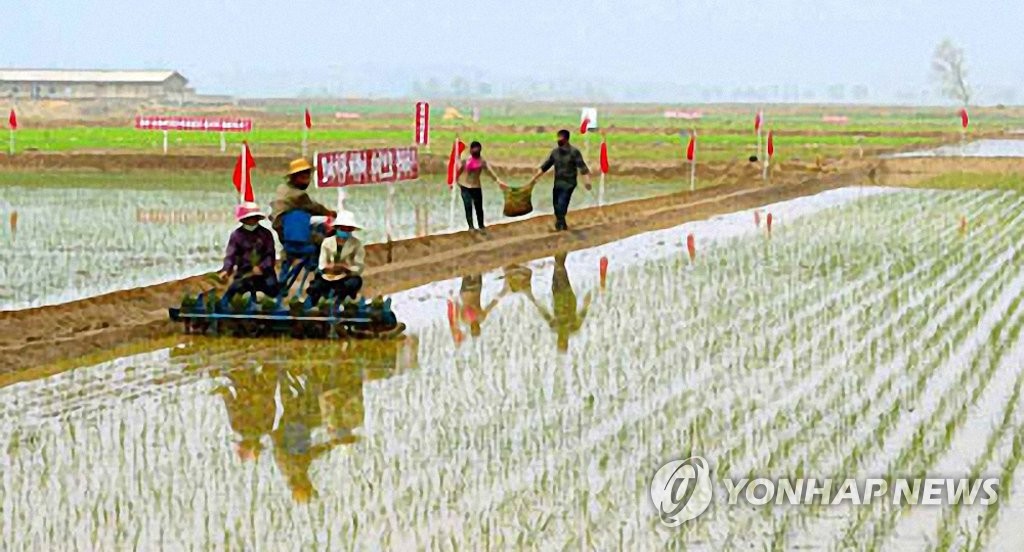