SEJONG, May 11 (Yonhap) -- South Korea's exports sank 46.3 percent on-year in the first 10 days of May amid the shock from the coronavirus pandemic, customs data showed Monday.

The nation's outbound shipments stood at US$6.9 billion in the May 1-10 period, compared with $12.5 billion for the same period last year, according to the data from the Korea Customs Service. 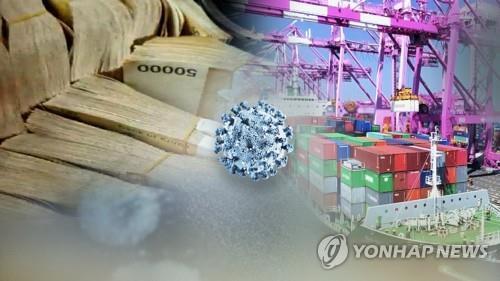 The data came amid growing concerns that the coronavirus pandemic is denting exports from Asia's fourth-largest economy.

By segment, exports of memory chips, a key item, fell 17.8 percent, and those of automobiles plunged 80.4 percent over the 10-day period from a year earlier.

By country, shipments to China dropped 29.4 percent on-year, while shipments to the United States sank 54.8 percent.

Shipments to the European Union and Vietnam plunged 50.6 percent and 52.2 percent, respectively.

South Korea's imports in the 10-day period also suffered, dropping 37.2 percent to $9.6 billion, according to the data.

The International Monetary Fund (IMF) has predicted that South Korea's economy will shrink 1.2 percent this year as the global economy is expected to have its worst year since the Great Depression of the 1930s over the pandemic.