SEOUL, May 11 (Yonhap) -- The value of South Korea's outstanding state and special bonds has soared this year to flirt with 1,100 trillion won (US$901 billion) due to more fiscal spending to cope with the impact of the coronavirus outbreak, data showed Monday.

The outstanding amount of government bonds and debt issued by public institutions came to a new high of 1,098.4 trillion won as of Friday, according to the data from the Korea Financial Investment Association.

The figure was up 78.3 trillion won from the end of last year. In late March last year, the value broke through the 1,000 trillion-won level. 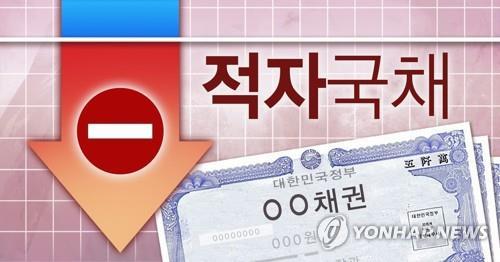 The outstanding value of special bonds, which are issued by public institutions and backed by the state, stood at 344.9 trillion won, up 12.6 trillion won.

The jump in outstanding state and special bonds comes amid government efforts to cushion the economy from the fallout of the COVID-19 outbreak.

In March, the National Assembly passed an 11.7 trillion-won supplementary budget to help cope with the impact of the coronavirus outbreak, of which 10.3 trillion won was raised in a state bond issue.

In late April, the government decided to float 3.4 trillion won in state bonds to fund part of state cash grants to all its citizens suffering from the coronavirus crisis.
(END)