The number of cases reported across the country has reached 75, including 49 in the country's capital, Mayor Park Won-soon said in a radio interview with broadcaster KBS. 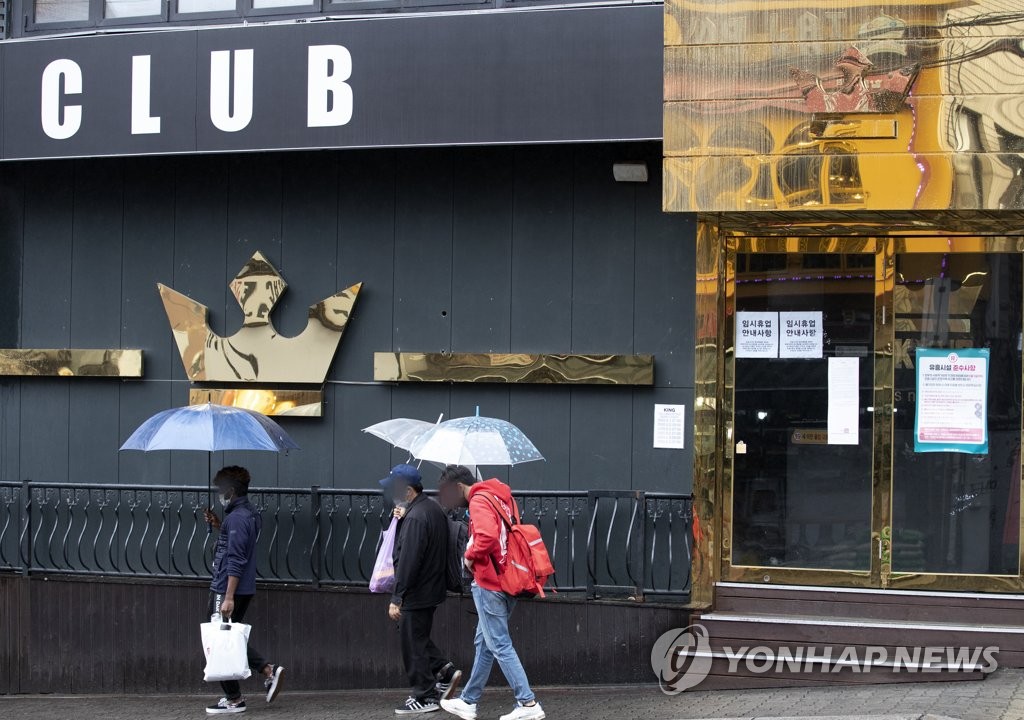 Park said that the city government has secured the names of 5,517 people who visited the affected facilities and has gotten in touch with 2,405 of them.

Among those the city managed to get in touch with were 28 foreigners, he added.

The mayor said those who were not accounted for are believed to have provided false information or be trying to evade contact. Park urged them to get checked for infection.

On Saturday, the city government imposed an administrative order on all nightlife facilities here, effectively suspending businesses as a precaution against additional outbreaks.