SEOUL, May 11 (Yonhap) -- Having jumped out to a 5-0 start in the new South Korean baseball season, the Lotte Giants may be just good enough to break the hearts of their long-suffering fans when it's all said and done.

For now, though, they'll keep marching on, trying to end a title drought that reached 27 years 2019 when they finished in last place.

The Giants will host the defending champion Doosan Bears in what shapes up to be an early marquee series of the new Korea Baseball Organization (KBO) season. The three-game set will be Tuesday-Thursday at Sajik Stadium in Busan, 450 kilometers southeast of Seoul. 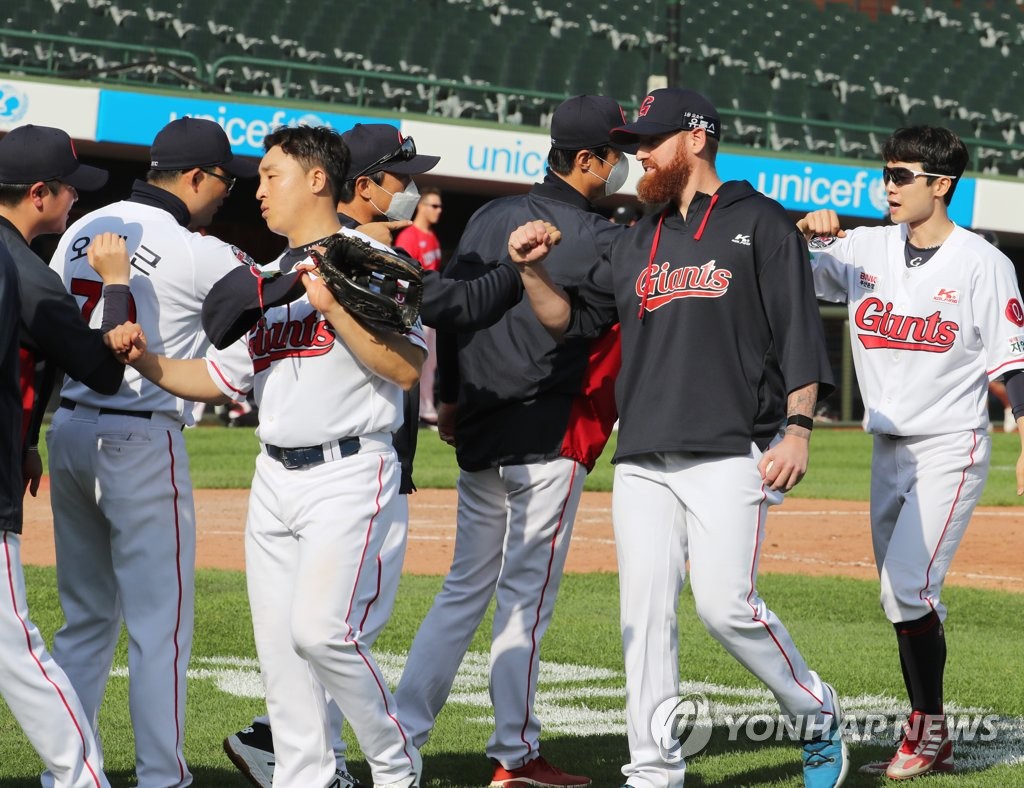 The Giants ran the table last week thanks to a potent offense and the league's stingiest pitching. This is their first 5-0 start to a season since 2013. They're tied for the KBO lead with nine home runs and are in second place with 36 runs scored. They boast the lowest team ERA with 3.13 and have issued the fewest walks with 11.

The Giants took all five games against two teams that are regarded as playoff contenders this season, the KT Wiz and the SK Wyverns. Three of the five wins have been of the come-from-behind variety.

The ability to rally from deficits sets up the Giants nicely against the Bears, who have the most porous bullpen in the league so far.

The Bears will have their top three starters lined up against the Giants: Raul Alcantara, Lee Young-ha and Chris Flexen, all of whom threw quality starts of at least six innings pitched and three or fewer earned runs allowed last week. 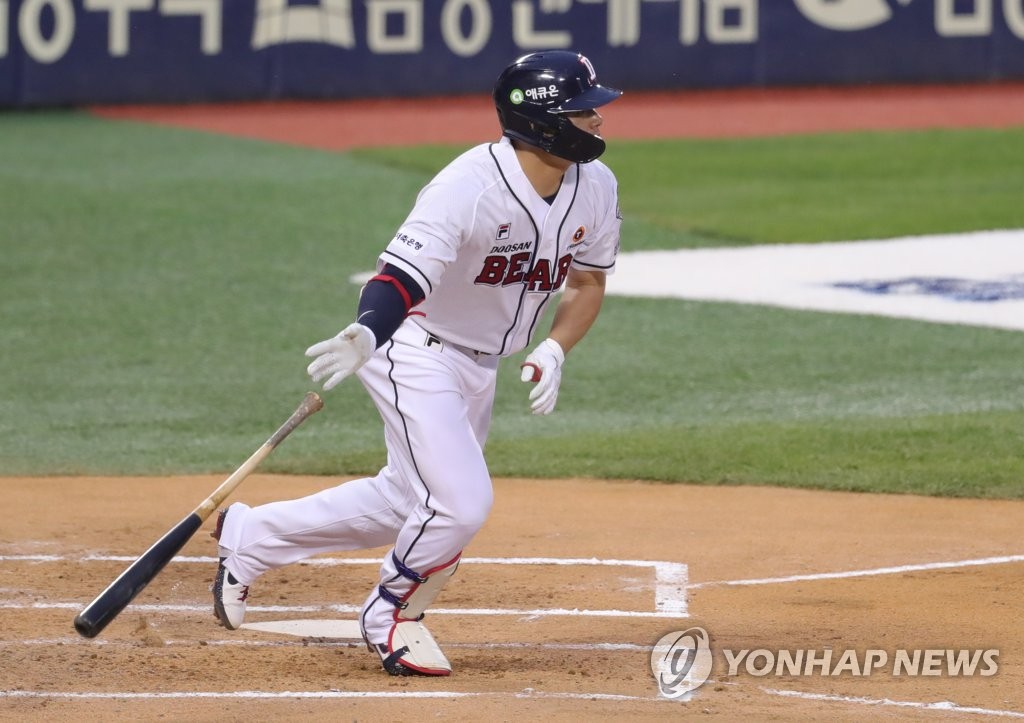 The Giants will counter with three homegrown starters in Seo Jun-won, Park Se-woong and Jang Won-sam.

On paper, they look overmatched against the Bears' trio. But if the starters can keep the Giants in the game and then the lineup can get to the bullpen early, things could get interesting in late innings.

The Bears eked out a 13-12 win over the Wiz in 11 innings on Sunday, after their five relievers served up six runs in five innings to blow a 10-3 lead.

Among the Friday-Sunday weekend matchups, the LG Twins will host the Kiwoom Heroes in their first all-Seoul meeting of the season at Jamsil Stadium.

The Heroes went 5-1 last week, while the Twins were 2-3. The Twins are still waiting for their two aces, Tyler Wilson and Casey Kelly, to come around after their 14-day quarantine following a trip home to the United States affected their offseason preparation. But their third foreign player, first baseman Roberto Ramos, has shaken off the effects of his own two-week quarantine. He's batting .450/.500/.850 with two home runs, two doubles and three RBIs.

In one scheduling note taking effect this week, all games that are canceled due to inclement weather will now be rescheduled as double headers or games on Monday, which is normally a designated offday in the KBO.

The league is hoping to play a full 144-game schedule this year despite a delayed start caused by the coronavirus pandemic. To that end, the KBO has wiped out the annual All-Star break and brought double headers and Monday games into the mix. 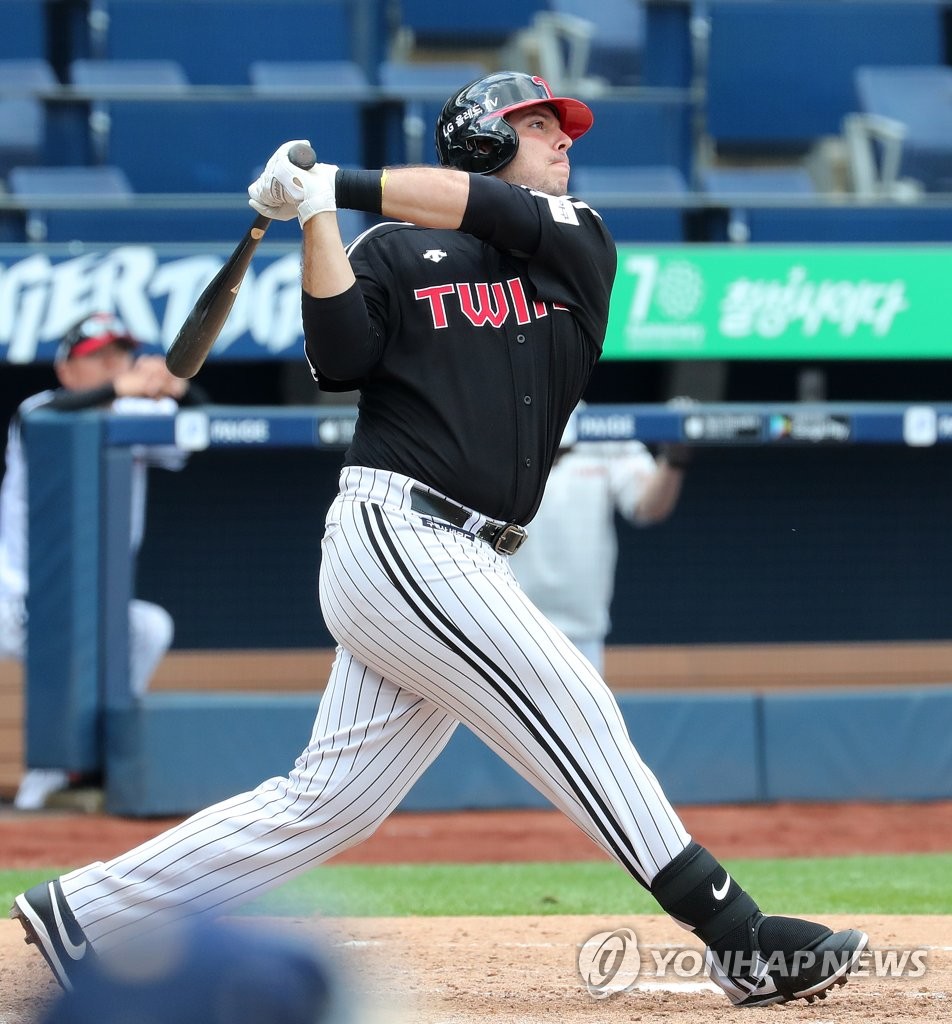