SEOUL, May 11 (Yonhap) -- President Moon Jae-in's approval rating stayed above 60 percent for the third straight week as he entered his third year in office, a poll showed Monday.

Public support for Moon came to 62 percent last week, up 1.4 percentage points from the previous week, according to a poll by Realmeter on 2,515 voters nationwide.

The survey was conducted on May 4 and between last Wednesday and Friday.

Moon's approval rating has been above the 60-percent level since it hit 63.7 percent in the fourth week of April on the back of positive assessments of the government's handling of the new coronavirus outbreak.

In a separate poll by Gallup Korea, Moon's approval rating reached 71 percent, marking the first time since July 2018 that the figure topped 70 percent.

The government's success in slowing the spread of COVID-19 helped the ruling Democratic Party (DP) win a landslide victory in the April 15 parliamentary elections.

Realmeter said that Moon's approval rating was 81.6 percent in the first survey after he took office in May 2017. Public support hit an all-time high of 84.1 percent in the fourth week of May 2017.

His approval rating averaged 58.5 percent over the past three years. It hit a record low of 56.1 percent in October 2019 due to a political scandal involving former Justice Minister Cho Kuk.

The poll had a margin of error of 2 percentage points at a 95 percent confidence level. 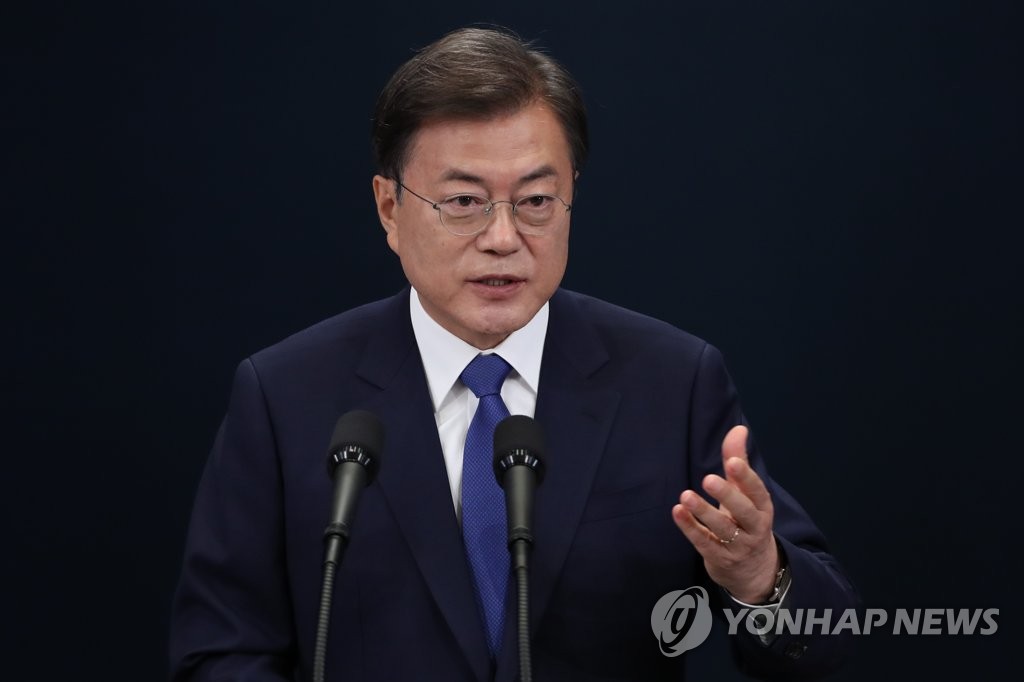