Hyundai Motor recently explained the planned launch of the electrified model, with the project name of NE, and its production plan to the union, a company spokesman said over the phone.

Hyundai plans to produce the next-generation pure electric model at its plant, 414 kilometers southeast of Seoul. The company also explained the plan to the union as any changes in assembly lines require agreement from unionized workers, he said. 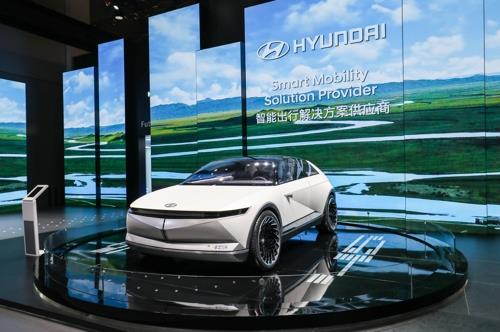 "But the company has yet to consult with the union on proceeding with the new electric model's production," the spokesman said.

The new electrified model will be based on the EV concept 45, which was introduced at the Frankfurt Motor Show in September and at the China International Import Expo, held in Shanghai in November.

The EV concept 45 adopts the carmaker's next-generation design direction of "sensuous sportiness," which is defined by the harmony of four fundamental elements in vehicle design: proportion, architecture, styling and technology.

Currently, Hyundai has two all-electric passenger car models, the Ioniq and the Kona EV, in its lineup.