SEOUL, May 11 (Yonhap) -- An online application for the government's emergency coronavirus relief funds to all households began Monday morning. 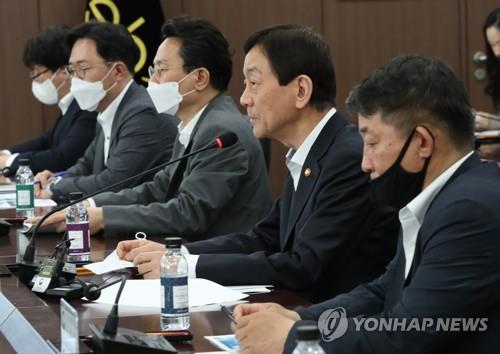 Earlier in the day, leadership of the ruling Democratic Party said they won't apply for the state financial aid, which practically means donating it to the state coffers.

The party's senior officials said in a meeting they will try to create a social mood for donation among the country's rich, so that the budget can help people much more in need.

"As President Moon Jae-in expressed his willingness to donate the entire sum last Thursday, the Democratic Party's leadership is also participating in this donation campaign so that the money can be used to help stabilize the people's livelihood and recover the economy," said Kim Kyung-hyup, one of the senior party officials who attended the meeting.

Whether the donation pledge has been endorsed by the party's all rank-and-file lawmakers, however, remained unclear.

Last Thursday, Moon said he would not seek to receive his share of the national relief fund, or 600,000 won.