SEOUL, May 11 (Yonhap) -- Three more military officers tested positive for the coronavirus Monday after eating with a colleague of the same unit confirmed to have the virus after visiting clubs in Seoul's multicultural district of Itaewon, the defense ministry said Monday.

The new cases -- all at the Cyber Command under the direct wing of the defense ministry -- brought the total number of the COVID-19 infections among the military population to 46 and the number of Itaewon-linked cases to seven, according to the ministry.

On Friday, a staff sergeant of the command tested positive for the virus following a visit to Itaewon clubs and bars earlier this month in breach of the military's restrictions on making off-base travels. Then, two of his colleagues -- a senior officer and an enlisted soldier -- were found to have contracted the virus.

"The three officers have been in isolation since last week for having contact with the first patient of the command," deputy defense ministry spokesperson Col. Moon Hong-sik told a regular briefing.

The command could report more confirmed cases, as it is awaiting results of the tests of all of its members.

Separately, an Army captain in Yongin, south of Seoul, was reported to have contracted the virus Saturday after visiting an Itaewon club.

Currently, around 1,268 military personnel are quarantined as a precaution in accordance with the military's strict coronavirus prevention guidelines. In terms of the ordinary guidelines for civilians, only 136 of them are required to be in isolation, according to the ministry. 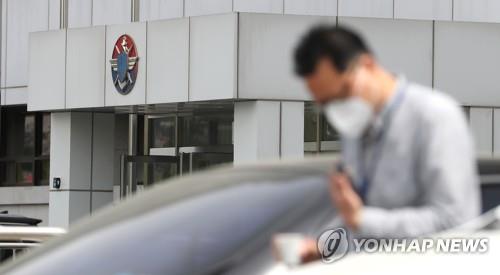 In the wake of the new infections linked to Itaewon, the ministry called on service members to voluntarily report to the authorities if they visited entertainment facilities in the neighborhood between April 26 and May 6.

Since then, a total of 49 reported that they had done so, according to the ministry. Of them, 32 are trainees who said they visited such facilities before joining the military; 13 are officers and 4 are enlisted service members, it added.

"Those who fail to make a voluntary report and are caught later will face additional punishment in accordance with regulations," Moon said.

The new wave of infections occurred as the authorities had just resumed enlisted service members' vacationing in line with the government's easing of social distancing guidelines. Since mid-February, enlisted soldiers were banned from off-base trips.

Despite some calls for implementing regulatory moves again, the ministry said it is not reviewing any universal limitations.

"As of now, we maintain our existing guidelines. Vacationing is restricted only for those at units with COVID-19 patients," Moon said, adding that the ministry has been closely monitoring the related situation.

The defense ministry earlier said that it will ease restrictions further regarding off-base travels, including staying out overnight and meeting outside visitors, in consideration of the virus situation down the road.

Not a single coronavirus case was reported between March 24 and May 7 among military populations. Last week, the ministry said all of its 39 virus patients had fully recovered.

Since last week, South Korea has seen an unexpected surge in COVID-19 cases linked to Itaewon.

On Monday, the country reported 35 more cases of the new coronavirus, the biggest single day spike since April 9, bringing the nation's total infections to 10,909, according to the Korea Centers for Disease Control and Prevention (KCDC). 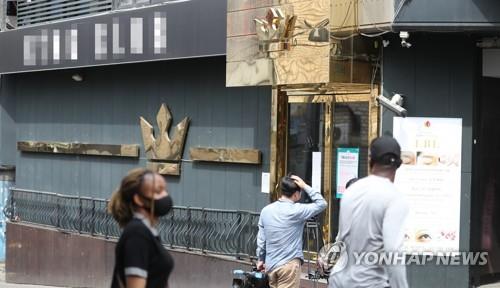