SEOUL, May 11 (Yonhap) -- Dozens of coronavirus infections coming from clubbers in Seoul's multicultural neighborhood of Itaewon have been reported, keeping parents on edge with just two days left until schools reopen.

Last week, the government announced plans to reopen elementary, middle and high schools, as well as kindergartens, starting this week after they were closed for months due to the COVID-19 pandemic that has infected nearly 11,000 here.

Under the plan, high school seniors were set to return to school on Wednesday, followed by younger students who were expected to return in steps concluding on June 1.

The announcement was widely seen as a signal of hope that the country would be able to return to a somewhat normal life after weeks of social distancing that shuttered schools and kept people at home.

Situations, however, quickly changed late last week, when a cluster infection emerged in Itaewon, long known for its international community and diverse demographics.

A 29-year-old who visited clubs in the area was first identified as a patient, followed by others mostly in their twenties and thirties. At least 75 infections stemming from the case have been reported nationally, according to Seoul Mayor Park Won-soon.

While officials are trying to track down possible patients, the task has proven to be tough. Park said the city has secured the names of 5,517 people through entry logs but only managed to get in touch with 2,405.

Other names on the list are believed to be those who gave false information or are evading contact, he added, raising concerns over patients without or with mild symptoms unconsciously spreading the virus. 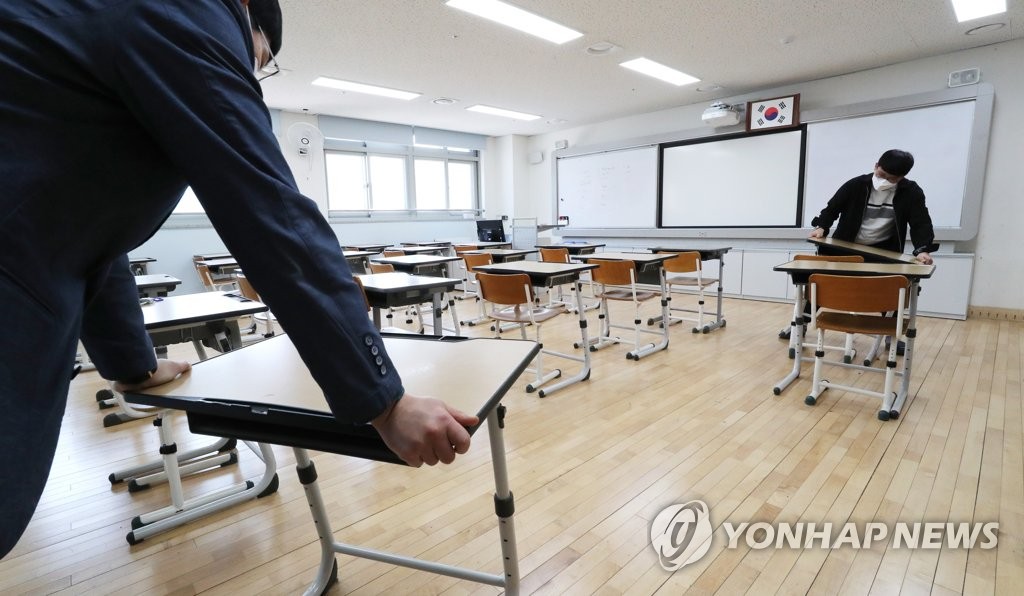 While many parents had urged the government to postpone the reopening of schools, the latest developments have further stoked such concerns.

More than 150,000 have signed online petitions asking the government to reschedule the school openings for all graders, with parents of younger students, who were set to return on May 20, most strongly demanding it.

"I couldn't sleep because I got so mad after seeing the news about the Itaewon cases ... I wanted to cry after seeing news that more than 7,000 visited Itaewon clubs during the holiday weekend," wrote one mother of first graders on an online forum, asking the government to even consider resuming classes in fall.

Government officials said they will monitor situations before making any decision.

"I understand that many are concerned over the Itaewon club infections that occurred just a few days before high school seniors return to school ... Our priority on student safety remains unchanged. We are closely monitoring all risks and will make a prudent decision, leaving many possibilities open," Education Minister Yoo Eun-hae wrote in a May 10 Facebook post.

Yoo was scheduled to discuss the issue with health authorities and relevant officials at a Monday morning meeting.

Club infections put parents on alert ahead of school reopening

Club infections put parents on alert ahead of school reopening