SEOUL, May 11 (Yonhap) -- A 3.8 magnitude earthquake was detected late Monday in an eastern North Korean province, South Korea's weather authority said, adding that the quake appeared to be natural.

The tremor was detected at 7:45 p.m., some 37 kilometers northwest of Pyonggang County in Kangwon Province, the Korea Meteorological Administration said.

The administration earlier said the magnitude of the quake was 4.0 but later revised it down to 3.8.

Pyonggang, however, has frequently seen natural seismic activities, with a 3.5 magnitude quake detected there in September. 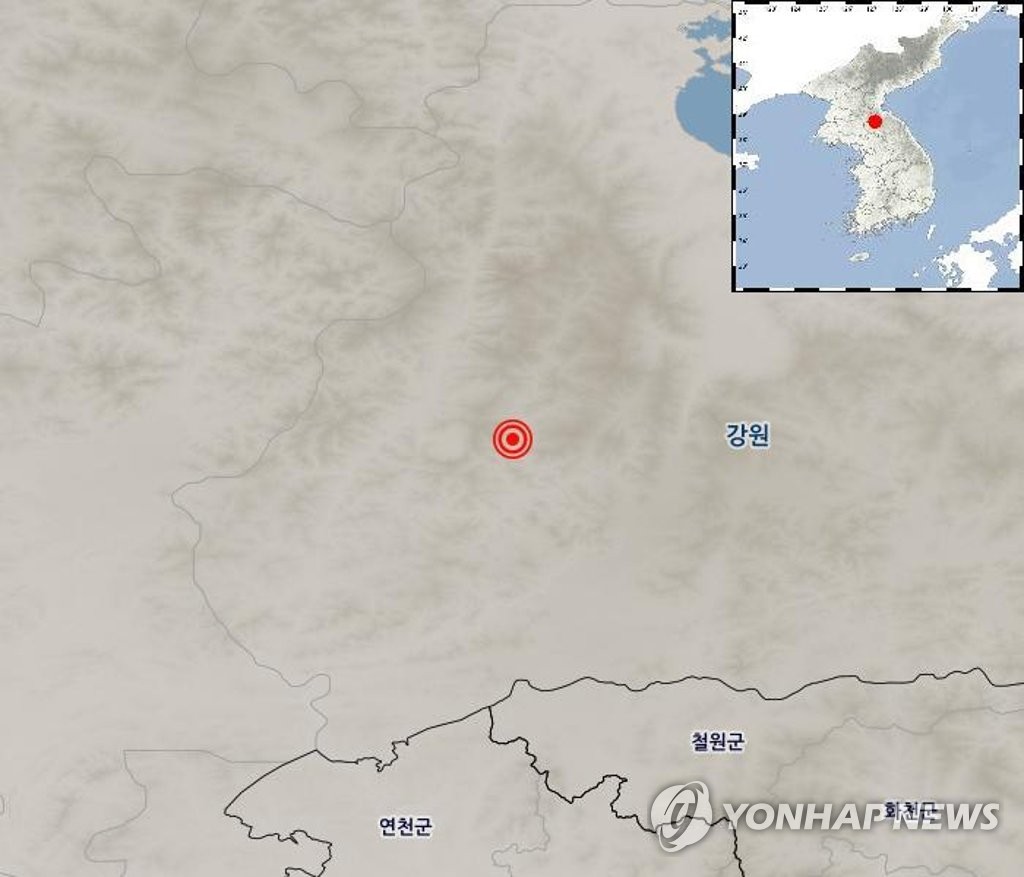