WASHINGTON, May 11 (Yonhap) -- U.S. President Donald Trump said Monday that every U.S. state will be able to surpass the total number of coronavirus tests performed in South Korea, per capita, and in May alone.

Trump has often compared the two countries in touting his administration's claimed successes in the fight against COVID-19.

At a White House press conference specifically intended to discuss testing accomplishments, Trump offered new projections based on what he said were his administration's efforts to meet the target numbers of each state.

"As a result of these actions, every single state will be able to test more people per capita in May alone than South Korea has tested in four months since the outbreak began," he said.

South Korea has conducted 668,492 tests since Jan. 3. The White House later clarified in a press release that every state will be able to test more people per capita than South Korea has tested per capita in those four months.

Trump's apparent fixation on South Korea began as the U.S. media lauded that country's aggressive response to the pandemic.

"We're testing more people per capita than South Korea, the United Kingdom, France, Japan, Sweden, Finland and many other countries, and, in some cases, combined," Trump said, repeating a familiar line.

His comments came as the U.S. coronavirus death toll passed 80,000, according to data from Johns Hopkins University. 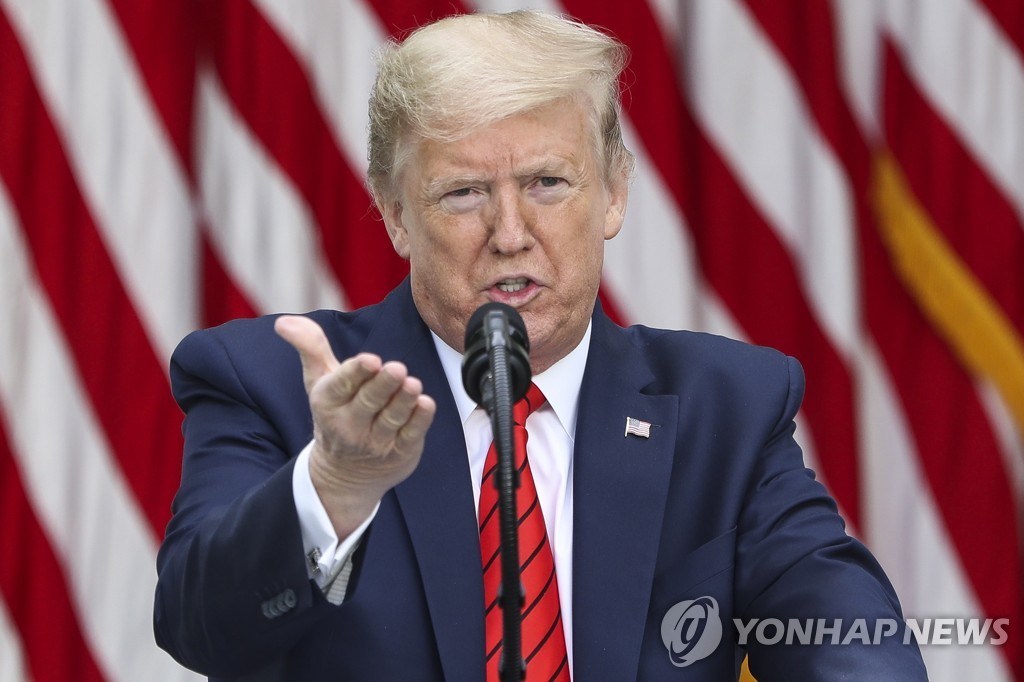