SEOUL, May 12 (Yonhap) -- When Dan Straily left the United States for South Korea to continue his pitching career in the Korea Baseball Organization (KBO) in 2020, he thought he was through getting much exposure in his home country. He was only focused on getting back to Major League Baseball (MLB) someday, so his son can watch him pitch in the bigs.

But life can throw you a curve at the most unexpected times. No one could have predicted the coronavirus pandemic would have ground sports leagues around the world to a halt, or that the situation would lead ESPN, the American sports cable giant struggling to fill dead air with MLB not in action, to start televising live KBO games.

"It is ironic. I thought I was coming here to leave that stuff behind me for the time being," Straily, now pitching for the Lotte Giants, told Yonhap News Agency in a phone interview Sunday. "I didn't expect ESPN and any of this exposure when I signed here. It's cool to have all that exposure. America is learning so much about the KBO, and I think that's awesome. I think it's great for the game of baseball." Aaron Altherr, who spent a handful of years with the Philadelphia Phillies before joining the KBO's NC Dinos this year, said some of his former Phillies teammates reached out after they saw him on ESPN.

"It's a pretty surreal feeling, knowing that people back home are able to watch us play in Korea," Altherr said in a phone conversation on Monday. "It's such a weird time that we're in right now: playing in Korea and people back home being able to watch. Before, it might have been a couple of family members staying up and watching. I never figured everybody would be watching."

Straily said his favorite part about this ESPN-driven hype is watching his South Korean teammates being excited about having these new eyeballs on them.

"They've spent their whole lives watching MLB," he said. "And to see the excitement that these guys have and to know that their games are being aired in America is really cool."

Altherr said he and his Dinos teammates talked quite a bit about being featured on ESPN earlier in the season, but it's back to business as usual for them now.

"Now, we're not really focused too much on it anymore. It's a normal routine now," he said. 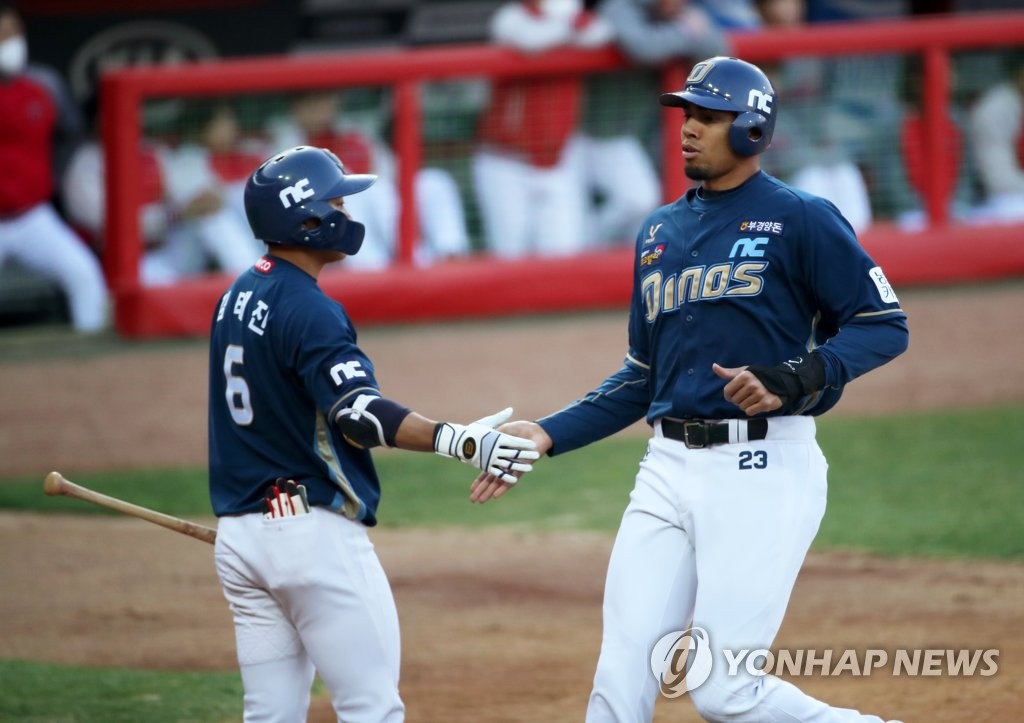 The Dinos were featured on the very first ESPN broadcast on Opening Day last Tuesday, and ESPN also carried their game from Sunday against the LG Twins. The Giants haven't been featured yet, but no matter when that time comes, Straily said it won't change his team's approach on the field.

"That (exposure) still doesn't change the mission of what we're trying to do as a team," he said. "As an athlete, whether or not you're playing in the minor league game or major league game, as soon as the umpire says 'Play ball,' you're so focused on what you're trying to do that you don't even really notice TV cameras."