SEOUL, May 12 (Yonhap) -- Hyundai Motor Co. and its affiliate Kia Motors Corp. said Tuesday they have resumed operations at most of their overseas plants amid signs the coronavirus epidemic may have passed its peak.

Hyundai's plant in Brazil and Kia's one in Mexico are still suspended to manage inventories as the COVID-19 virus continues to affect vehicle sales, a company spokesman said over the phone.

"The carmakers' other overseas plants are now in operation, although they have resumed production at a reduced level," he said.

Hyundai and Kia restarted their U.S. plants last week. Kia's Mexico plant is expected to restart production this week, and Hyundai's Brazil plant will be suspended until May 26, according to the companies.

The two carmakers suspended most of their overseas production facilities from March until the recent resumption. The suspension affected their vehicle sales particularly in the past two months.

From January to April, Hyundai and Kia, which together form the world's fifth-biggest carmaker by sales, sold a combined 1,845,406 vehicles, down 19 percent from 2,268,183 units in the same period of last year. 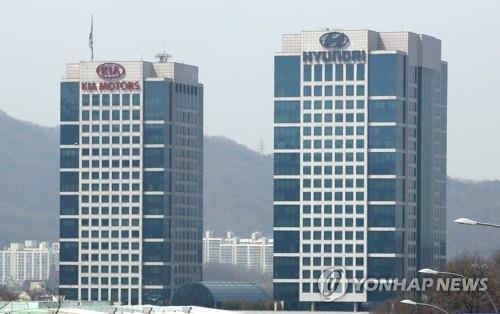