Pounded by the triple whammy of the coronavirus pandemic, tumbling oil prices and sluggish refining margins, industry leader SK Innovation Co. and three other players posted a combined operating loss of 4.38 trillion won (US$3.57 billion) in the January-March period.

Following the shocking loss, analysts painted a gloomy picture of oil refiners' earnings down the road as demand is forecast to remain anemic in the months ahead due to the COVID-19 outbreak.

"Given their current sluggish business, oil refiners will inevitably post record losses in the second quarter," Hana Financial Investment Co. said in a note to investors. "It is difficult to expect a dramatic improvement in their refining margins even if demand recovers." 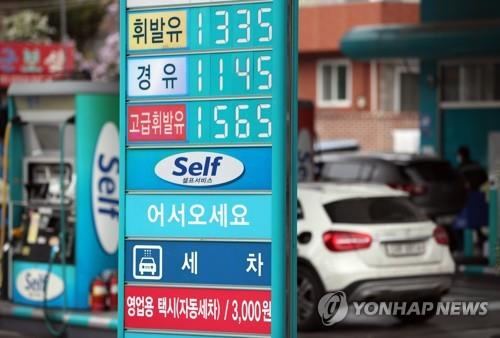 The first-quarter figure contrasts sharply with their total operating income of 3.1 trillion won for all of last year.

It is also larger than their previous record loss of 1.15 trillion won in the fourth quarter of 2014, caused by a price war among petroleum producers over shale gas.

The oil refiners' abysmal first-quarter results came as the coronavirus pandemic has sent oil prices cratering and led to a sharp drop in demand for their products.

Industry watchers said falling international crude prices have sharply undercut the value of their crude and petroleum product inventories, making a big dent in their earnings.

Those unfavorable conditions came as a further blow to oil refiners already suffering from weakening refining margins, or the difference in prices of their products and crude used to make them.
(END)