SEOUL, May 12 (Yonhap) -- LS Cable & System, the world's third-largest wire and cable maker by sales, said Tuesday it has received a 66 billion-won (US$54 million) submarine cable replacement order in the United States.

In the deal, LS Cable will replace old cable systems installed in Lake Michigan in the 1970s with new ones by 2021, the company said in a statement.

"We expect to win more orders in the U.S. underseas cable market due to increasing replacement demands and new cable demands for offshore wind-power generation facilities," the statement said.

The U.S. is expected to generate 86 gigawatts a year of power through the offshore wind power plants by 2050, allowing more than 80 million households to use the electricity, it said. 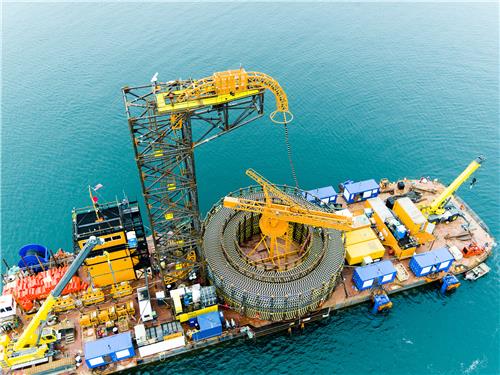