SEOUL, May 12 (Yonhap) -- Rival political parties and executives of major conglomerates have joined a government-led campaign for the wealthy to donate their share of emergency disaster relief funds as the country struggles to prevent a second wave of new coronavirus infections.

The government started paying out the relief funds to all households Monday to help them cope with the economic impact of the COVID-19 pandemic. Citizens can donate all or part of their share either by not applying for the money or by expressing a will to donate.

President Moon Jae-in announced last week that he would not seek to receive his share of the relief funds.

Political parties scurried to join the campaign, vowing not to apply for the funds, but their underlying reasons differed largely along the party lines.

The ruling Democratic Party (DP) highlighted a will by its members, including lawmakers-elect, to make a "voluntary donation" to share the burden of handling the health crisis.

The DP's leaders, high-profile politicians, such as Rep. Lee Nak-yon, and newly elected lawmakers voiced a willingness to donate their shares.

"We're sure that our united efforts will serve as 'priming water' (for the country) to overcome the COVID-19 crisis," a group of 68 newly elected DP lawmakers said.

But opposition parties did not apply for the funds for different reasons -- out of concerns for financial soundness of state coffers or due to help reduce administrative costs.

Rep. Hong Joon-pyo, who defected from the main opposition United Future Party, reaffirmed his opposition to the emergency handouts for all households.

"National debt has surged and state coffer have become empty due to (the government's) populist approach over the economic (policy) management," Hong wrote on his Facebook account.

Executives of major conglomerates -- Samsung, SK, LG and Lotte -- are known to have plans to donate the aid funds in a bid to let the money be spent on more essential needs.

Company officials said their participation will be voluntary as larger firms have not issued instructions or made requests for the donations.

"Executives are making voluntary actions to enable the money to be spent for needy neighbors on such work as keeping employment or supporting unemployed people," said a conglomerate official, asking not to be named.

The government initially sought to provide relief funds to households in the bottom 70 percent of the income bracket. But the scope of the recipients increased to all households, given the urgency to tackle the economic impact of the virus outbreak.

South Korea relaxed its social distancing rules last Wednesday as new infections once fell to a single-digit figure. But concerns about a second wave of infections have been growing following a spike in cases linked to clubs and bars in Itaewon, Seoul's popular multicultural and nightlife district. 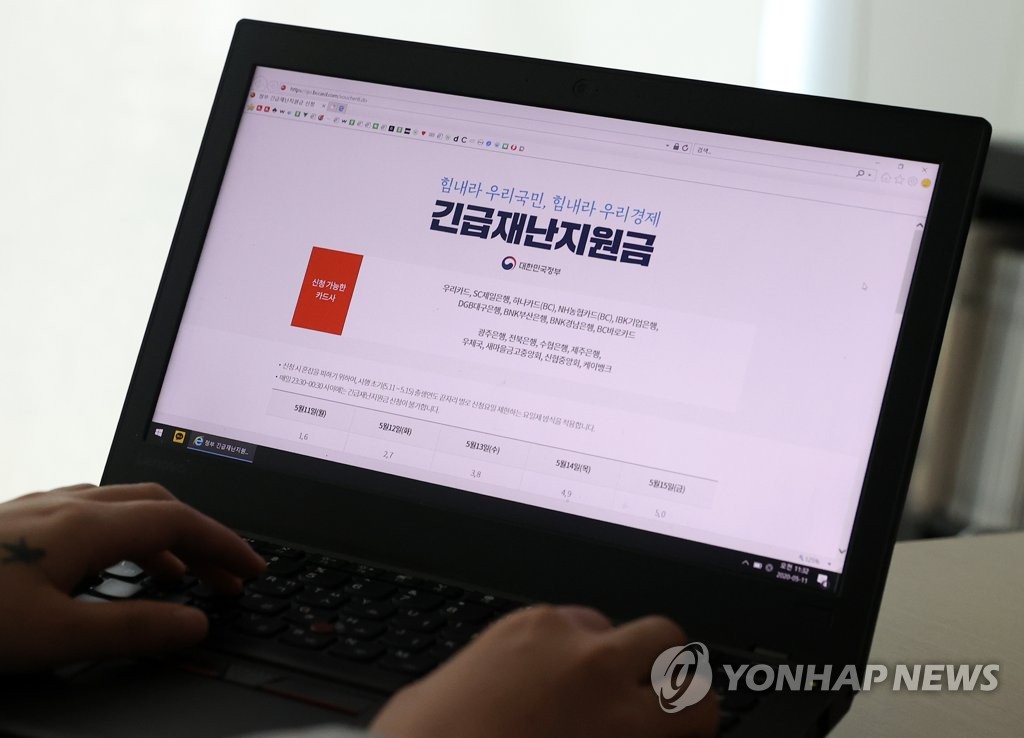