The figure includes pay subscribers to system operators (SO), satellite broadcasting services and internet protocol television (IPTV) service providers, according to the Ministry of Science and ICT.

Fixed-line and telecom operator KT Corp. ranked no. 1 in market share with just under 22 percent, or over 7.3 million subscribers, followed by SK Broadband Co. with 15.1 percent and LG Uplus Corp. with around 13 percent.

The data showed the market share and subscriber numbers for the IPTV operators -- KT Corp., SK Broadband and LG Uplus Corp. -- have all been rising steadily, while SOs and satellite service providers have been losing ground.

By type of pay TV, an average of 16.8 million people, or 50.1 percent of the total, subscribed to IPTV from July through December, with slightly more than 40 percent being SO members and about 9.6 percent being satellite TV watchers.

The ministry said IPTV is gaining traction here because it offers video on demand (VOD) and time-shifted viewing, which allows viewers to choose what they want to watch instead of watching what is being shown. 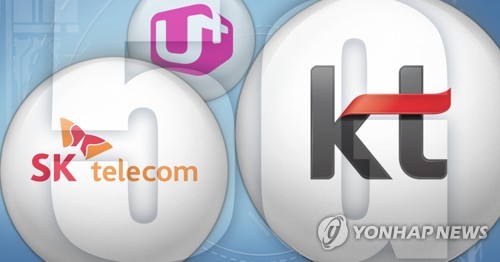