"The Korean economy is fast contracting as consumption and exports decrease on the negative impacts of COVID-19," the Korea Development Institute (KDI) said in its English-language Monthly Economic Trends publication.

The country's overall industrial output fell 0.3 percent in March from a month earlier as the pandemic hit exports and private consumption.

The output in the service sector declined 4.4 percent on-month in March, marking the sharpest drop since the agency started compiling the data in 2000. 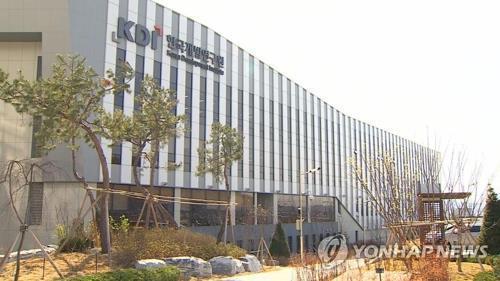 "But investment sustained relatively favorable conditions, reflecting the base effect, primarily in semiconductors and the civil engineering sector," the KDI said.

In April, the nation's exports tumbled 24.3 percent on-year to US$36.9 billion. South Korea suffered a trade deficit of $950 million in April, snapping its 98 straight months of having more exports than imports.

In the first 10 days of this month, South Korea's exports sank 46.3 percent on-year.

"Influenced by the emerging contraction in external demand, April's exports receded significantly in all items and destinations," the KDI said.

The International Monetary Fund (IMF) has predicted that South Korea's economy will shrink 1.2 percent this year as the global economy is expected to hit its worst year since the Great Depression of the 1930s due to the pandemic.