SEOUL, May 12 (Yonhap) -- South Korean stocks expanded losses late Tuesday morning on fresh concerns over yet another round of a trade row between the United States and China.

The decrease came after U.S. President Donald Trump suggested that he was "not interested" in a trade deal with China. The world's top two economies are also major trade partners of South Korea.

The rising number of new COVID-19 patients in South Korea, which was only a few steps away from fully containing the spread before reporting nearly a hundred new cases among clubbers since the weekend, also hurt investor sentiment.

The local currency was trading at 1,227.60 won against the U.S. dollar, down 7.10 won from the previous session's close. 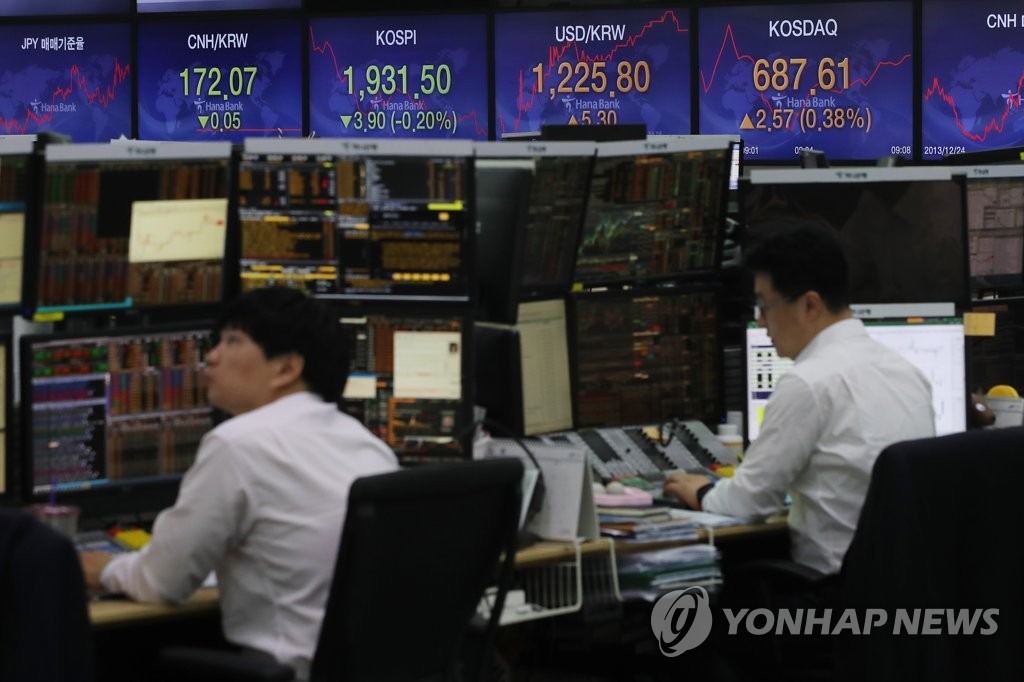