SEOUL, May 12 (Yonhap) -- South Korea on Tuesday renewed its call for Japan to lift trade regulations against its neighbor, stressing that the Asian neighbors should join forces to overcome economic jitters sparked by the new coronavirus pandemic.

Japan also removed South Korea from its list of trusted partners, claiming that Seoul did not effectively control the trade of sensitive materials that can be diverted for military use.

But Tokyo has never pinpointed how Asia's No. 4 economy violated related rules.

"Both countries are currently facing challenging times due to the COVID-19 pandemic. We hope that there would be an achievement soon that can bring hope to companies of both countries," the Ministry of Trade, Industry, and Energy said in a statement, urging Japan to give a response by the end of this month.

The ministry reiterated that it has been making efforts to ease Japan's distrust over the country's export control system.

"South Korea revised its trade laws in March to clarify its control over conventional weapons, which will be implemented in June," the ministry said. "We have also increased the number of staff devoted to export control programs."

The ministry said the latest call should not be considered an ultimatum, and that it is not currently planning to take another tit-for-tat move.

"We have made the request considering that we have met all prerequisites," Lee Ho-hyeon, the director general for International Trade Policy, said during a briefing.

"We believe that Japan will come up with a positive response, as Tokyo has willingness to solve the issue as well," he added.

Since July, the two countries have made only a little progress in narrowing their differences.

South Korea earlier took Tokyo off its list of trusted partners and sought mediation at the World Trade Organization (WTO). It later dropped the WTO lawsuit in November in a goodwill gesture. 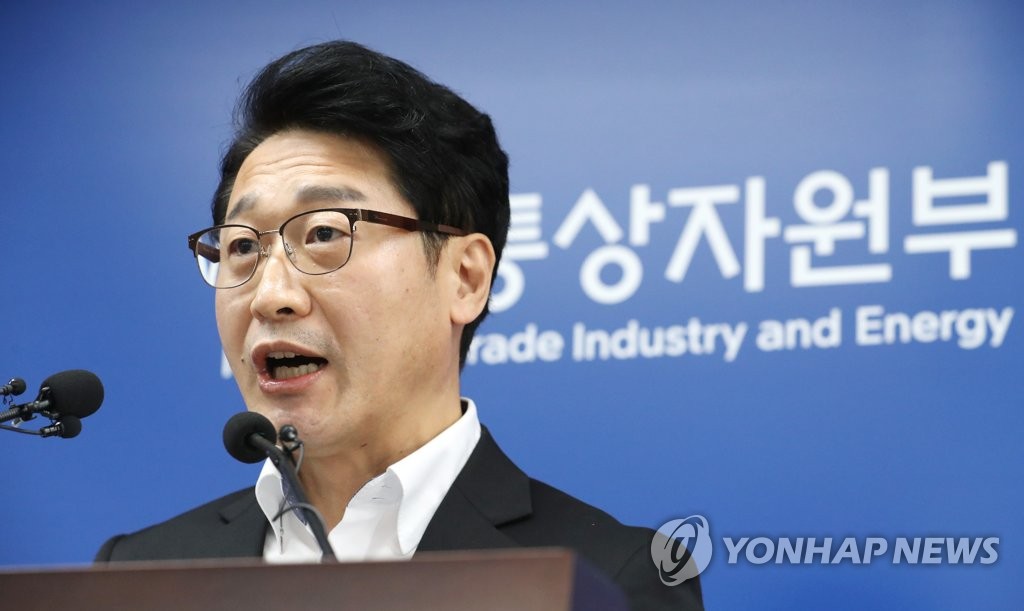 Tokyo also partially lifted the curbs on exports of photoresist ahead of their summit in December. But no more progress has since been made.

In March, the two countries held 16-hour talks that ended with no significant progress as well.

As the two countries' relations have further soured in the wake of the COVID-19 pandemic, it is unlikely they will resolve the trade row anytime soon.

At the early stages of the pandemic, Tokyo decided to suspend its visa-waiver program for South Korean nationals. In response, Seoul ended its own entry program for Japanese visitors.

So far, the trade row has caused more damage to Tokyo's exports than the other way around.

South Korea's exports to Japan slipped 6.9 percent to US$28 billion in 2019 from a year earlier. Its imports from Japan fell at a wider margin of 12.9 percent to $47 billion.