ANDONG, South Korea, May 12 (Yonhap) -- An operator of Telegram chat rooms in which dozens of people were coerced into performing obscene acts, admitted to his wrongdoings and apologized to victims on Tuesday.

The 24-year-old university student, who confessed to using the alias "God God" in the Telegram chat service, answered "Yes, I admit it" when asked by reporters whether he admits to charges against him.

He was leaving a court hearing in Andong, 260 kilometers south of Seoul, in which a judge was to decide whether the police could further detain him.

The suspect also said he was "sorry" when questioned if he had anything to say to the victims.

On Monday police apprehended him on charges of violating the act on the protection of children and youth against sex offenses.

The chatrooms were operated as a pay-to-view online club for sexually explicit videos. Known to have some 260,000 users, videos of at least 74 people, including 16 underage girls, are believed to have been distributed.

The man is believed to have first opened a chatroom on Telegram. He was brought in for questioning on Saturday after police identified him as the person behind the "God God" ID.

He was taken into custody after confessing to being the owner of the ID.

Authorities have so far revealed the identities of three other key suspects in the Telegram chatroom case: Cho Ju-bin, Kang Hun and Lee Won-ho.

Cho, 24, was indicted for allegedly blackmailing women into providing sexual videos to another Telegram chatroom called "Baksabang." At least 25 people, including eight underage girls, have been confirmed to have been exploited by Cho.

Police will decide whether to reveal the identity of the suspect in the high-profile sex crime case.

More than 140 others have also been apprehended in connection to the case. 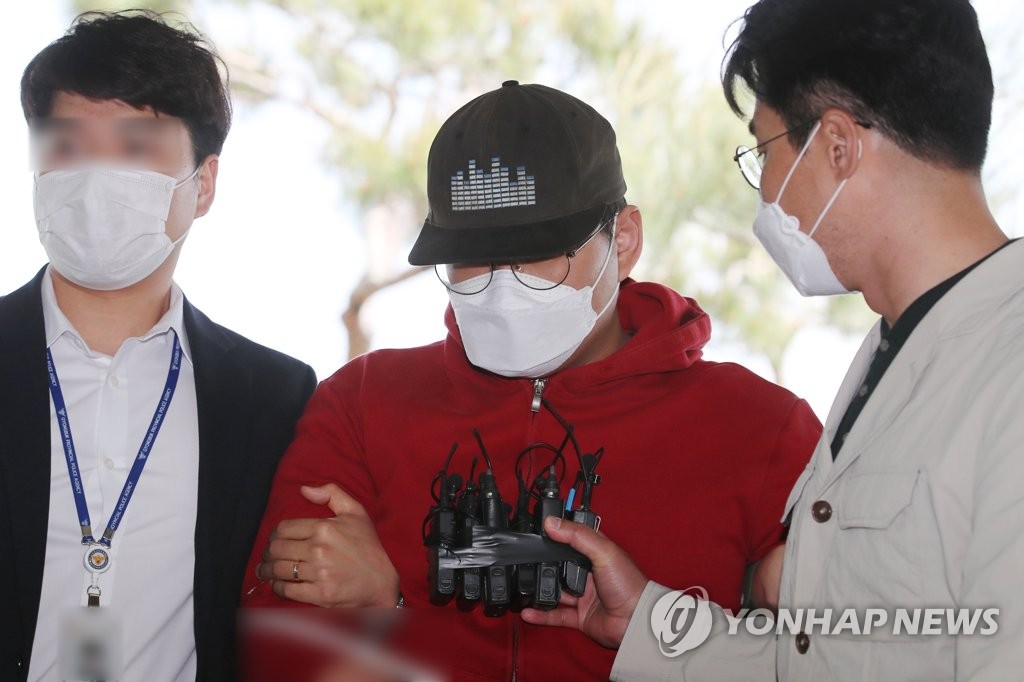