SEOUL, May 12 (Yonhap) -- Prosecutors called in a former Samsung executive again on Tuesday as part of an ongoing investigation into a controversial merger between two Samsung units.

The Seoul Central District Prosecutors Office questioned Kim Jong-joong over his alleged roles -- and those of the company's top management -- in the merger of Samsung C&T Corp. and Cheil Industries in 2015.

Kim headed the group's future strategy unit, which served as a control tower during the merger.

Prosecutors suspect he was deeply involved in a scheme to lower the value of Samsung C&T prior to the merger, so that Lee Jae-yong, group heir and Samsung Electronics vice chairman, could solidify his grip on the group and succeed taking over management rights from his bedridden father Lee Kun-hee. 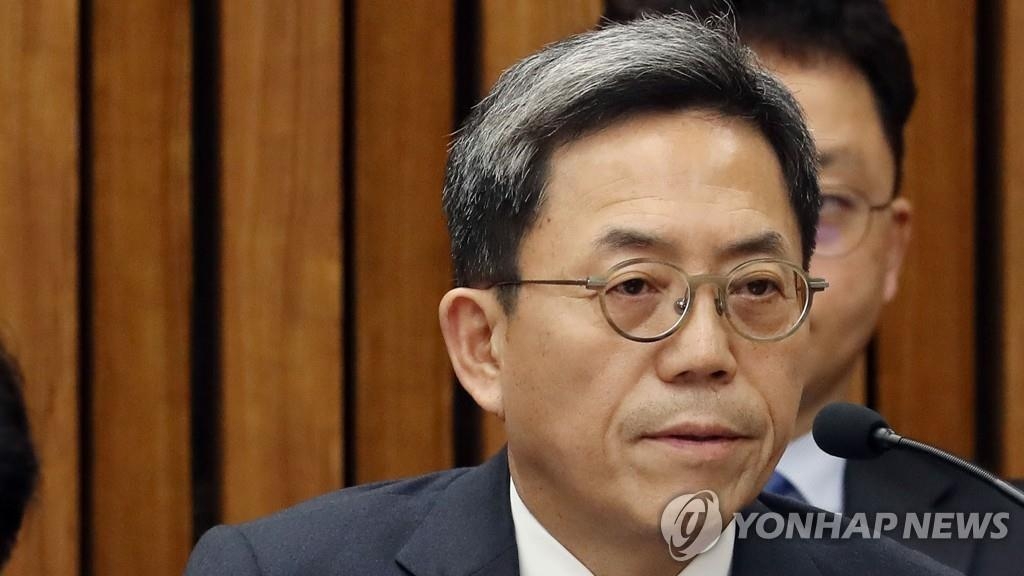 The junior Lee was the largest shareholder in Cheil Industries with a stake of 23.2 percent, which means a fall in the valuation of Samsung C&T would pave the way for a merger ratio advantageous to him.

At that time, Samsung C&T was suspected of downsizing the volumes of its overseas construction orders and domestic housing construction contracts.

Samsung C&T also reported an 11 percent decrease in its sales in the first half of 2015 and suffered a steady fall in its stock prices, which led to a merger ratio of 1:0.35 favorable to Cheil Industries.

The investigation seems to have gained steam this year with fresh rounds of investigation into the group's top management. Last Friday, another former Samsung executive Chang Choong-ki was questioned on the issue.

The prosecutors are expected to summon Lee, at the center of the case, soon, as the probe is nearing its end.