The Korea Baseball Organization (KBO) will bring these suspended games into play this season, which opened last Tuesday after more than a month of delay due to the coronavirus pandemic. 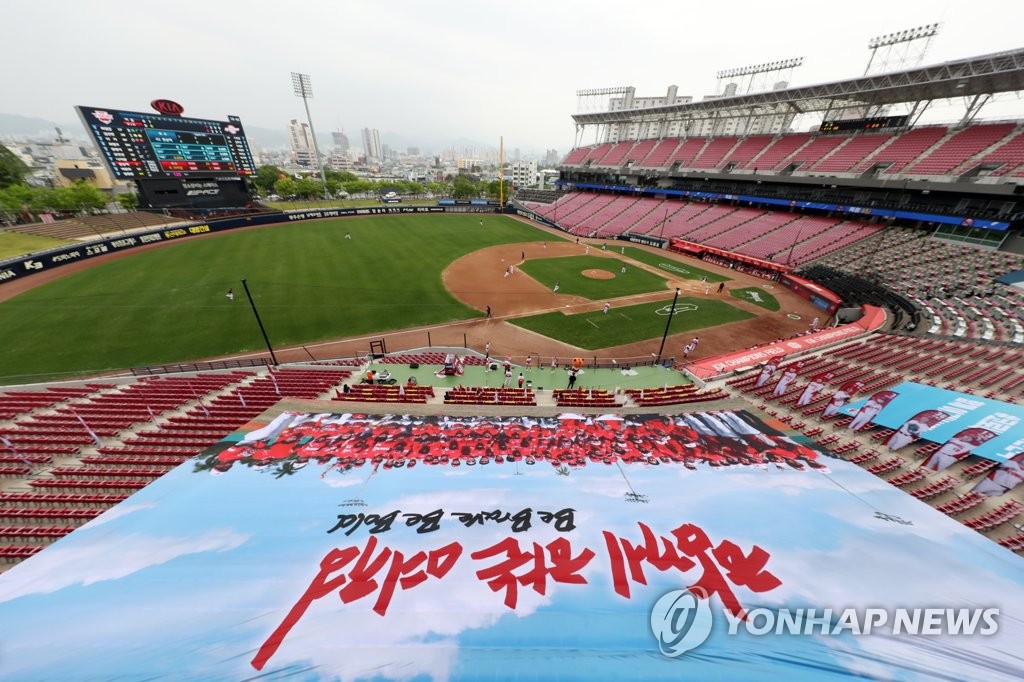 This year, with the KBO trying to squeeze all 144 games into a much tighter window than usual, games that are halted before the fifth inning will be "suspended," meaning teams will resume action where they left off.

The KBO said the new measure is intended to lessen the physical toll on teams.

These suspended games will only be in effect when teams are able to play a double header on the very next day. For instance, if the first game or the second game of a three-game series is suspended before the fifth inning, the teams will pick things up from that point early next day, and then play the second game later to complete their double header.

The league will not have any double headers during peak summer months of July and August. This means games that are suspended during these months will be rescheduled for September or October.

No double header games will go into extra innings.