Net losses deepened to 9.1 billion won (US$7.4 million) in the January-March quarter from 7.5 billion won in the year-ago period, the company said in a statement.

"The value of dollar-denominated debts increased in the first quarter due to the won's weakness against the dollar. It weighed on the quarterly results," a company spokesman said. 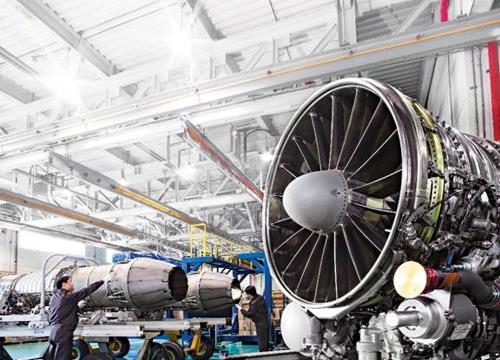 Hanwha Aerospace expects the world's aircraft engine market to grow an average of 6 percent per year to reach $54.2 billion in 2025 on the back of rising travel demand and increased freight cargo.

Its parent firm Hanwha Group announced last year that it will invest 4 trillion won in its aircraft parts and defense industry businesses by 2022.