SEOUL, May 12 (Yonhap) -- Having just completed his first week of the regular season as manager, Kiwoom Heroes skipper Son Hyuk is counting his blessings.

Before his Heroes hosted the Samsung Lions at Gocheok Sky Dome in Seoul on Tuesday, Son spoke of how clubhouse leaders for his team are making life easy for him in the young Korea Baseball Organization (KBO) season. 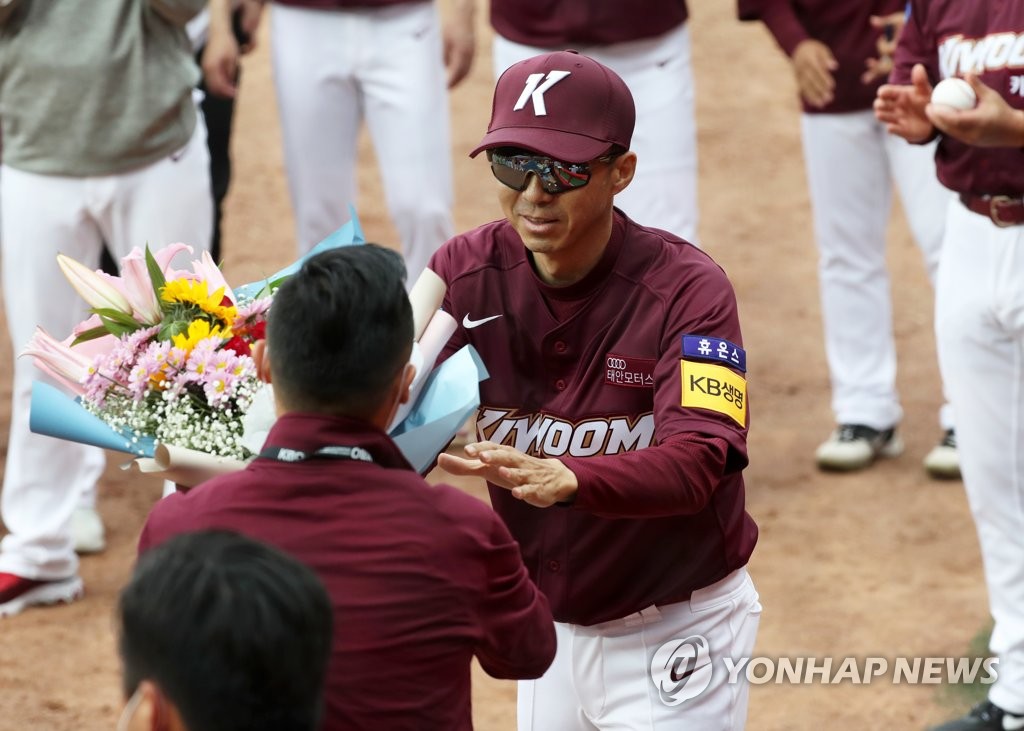 He recounted an exchange he had with team captain and veteran reliever Kim Sang-su during the preseason last month. After winning a game, Kim, knowing that Son had been stressing over small stuff for days, told the manager, "We'll try to win a lot of games for you this year. So you don't have to worry about a thing."

"I was with a couple of other veteran guys at the time, and I just shrugged it off and said, 'Yeah, sure.'" Son said. "But deep inside, I was really grateful. As a manager, I couldn't have asked for more."

Son recalled another recent conversation he had with a former KBO general manager, who told him that the key to success for any skipper is to surround himself with quality veterans.

"Some of the older guys on this team are leading by example, and they're usually the biggest cheerleaders in the dugout," Son said. "I really don't have much to worry about."

Son added that the first week, during which the Heroes went 5-1, went "much better than I'd expected."

Son said he also feels "fortunate" to have two capable catchers who can split time behind the plate. Park Dong-won and Lee Ji-young have each had three starts out of the first six games so far, with Park getting the nod for Tuesday.

Either would be good enough to be a full-time catcher on most teams, but Son is trying to conserve their energy in preparation for a long grind.

With the usual 144 games squeezed into a compressed calendar following a delayed start to the season, carrying two starter-caliber catchers is clearly an advantage.

"I am blessed with two good catchers," Son said. "We'll be playing double headers at some point this year, and given the way we're rotating them, these two catchers should be able to stay fresh." 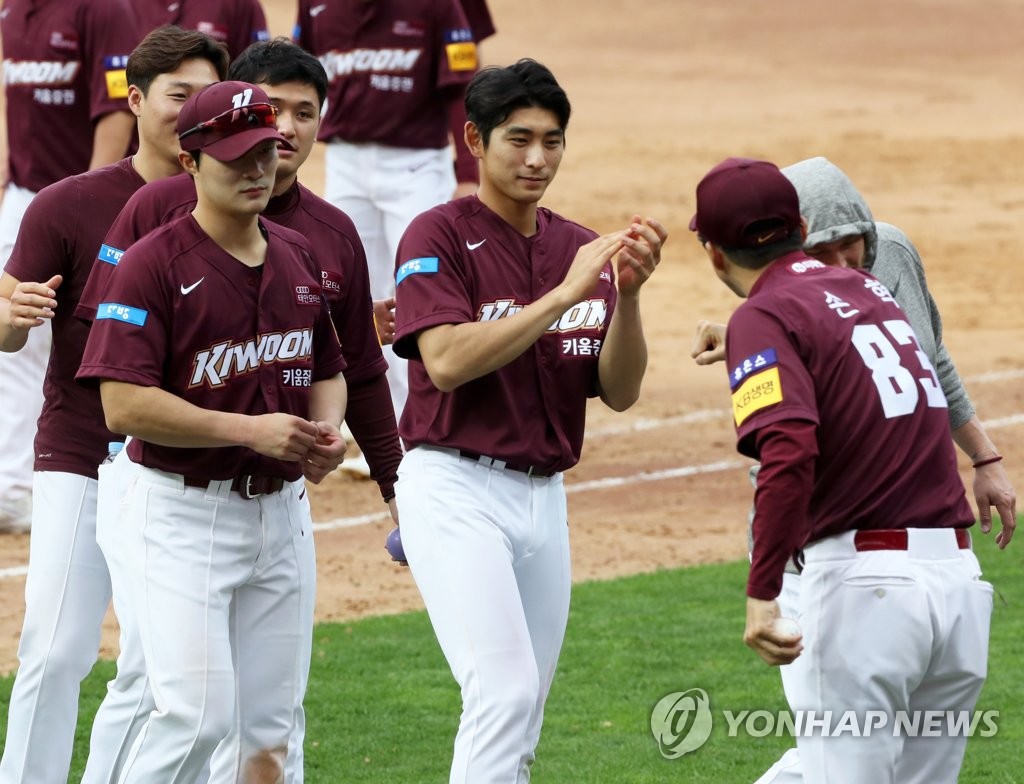