SEOUL, May 12 (Yonhap) -- "I tinker with dots that assemble to represent a form. Let me keep doing things like this," Kim Whan-ki, the best known master of Korean monochrome painting, told himself in his journal in 1968.

Three years later in 1971, Kim came up with "Universe," a pair of massive blue dot paintings that went on to carve out a key spot in Korean art history.

The exhibition, "Hyundai 50," is the painting's first public showing since it was sold at a record price at an auction last year.

"Universe" was sold for HK$88 million, or 13.2 billion won (US$10.8 million), at the Christie's auction in Hong Kong in November, the first time that a Korean painting has fetched more than 10 billion won at an auction.

Kept in a separate showroom deep inside the gallery's main art space, "Universe" is surely the highlight of the commemorative exhibition that opened Tuesday for a 20-day run. 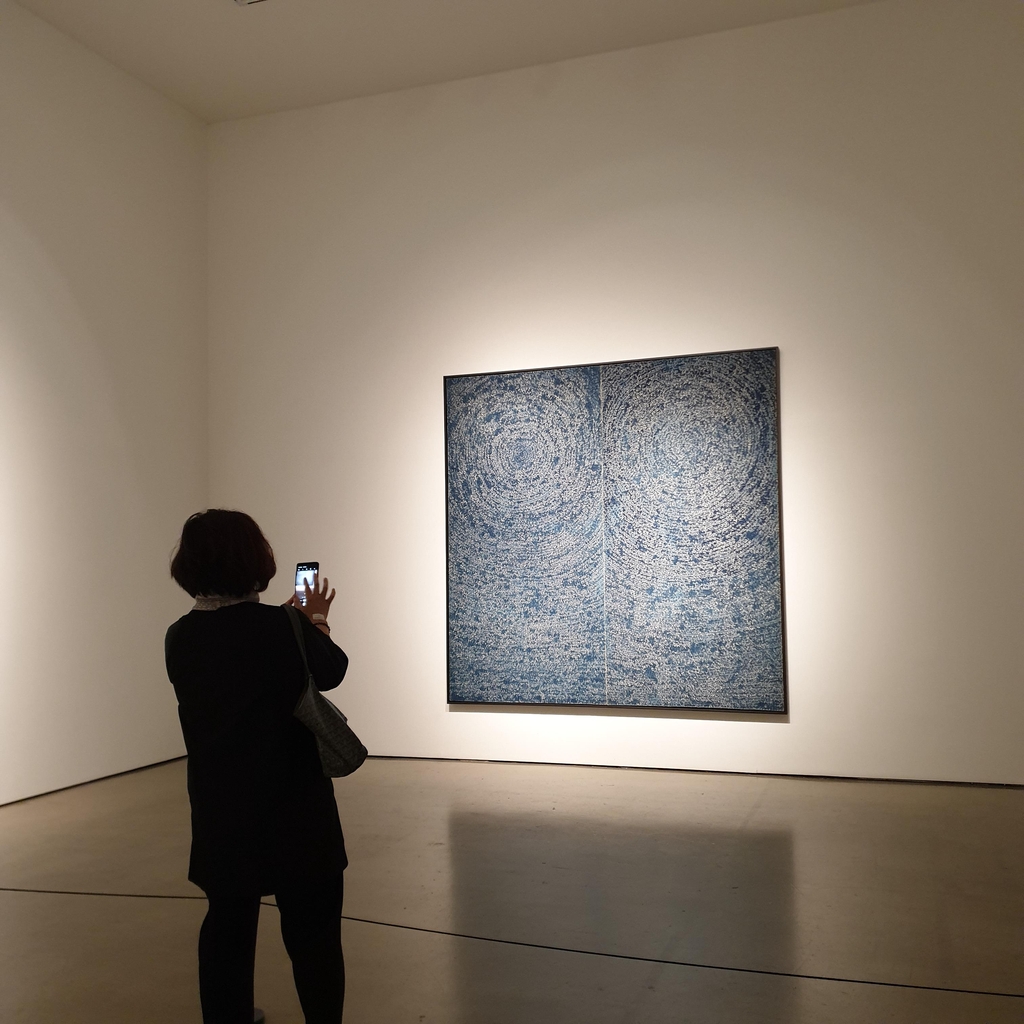 But few of the show's some 70 works of art fall behind "Universe" in terms of artistic mastery or historic significance as Gallery Hyundai put together an unprecedentedly star-studded collection to look back on its history as one of the earliest modern art galleries in South Korea.

From its opening in 1970 through its relocation to its current location in the main gallery district of Samcheong in central Seoul till today, Gallery Hyundai has played an instrumental role in facilitating the Korean monochrome painting genre and launching it globally, bridging the Korean and world art communities. "When Gallery Hyundai launched itself in 1970, abstract paintings in Korea were but a minor movement compared to figurative paintings dominating the mainstream then. With the gallery's (first abstract art) exhibition featuring painter Nam Kwan in 1972, the door for abstract painters was wide open, providing a window for them to present their artistic universe," Gallery Hyundai's Creative Director Kim Jae-seok said.

Lee Ufan, Park Seo-bo and Kim Tschang-yeul are some of the most successful abstract painters who debuted through the gallery, according to the director.

Many of the artworks in the show were borrowed from their owners through the gallery's goodwill relationships with collectors, including "Universe," which was sold to an unidentified Korean American art collector, and "Marco Polo," a media artwork by Paik Nam-june owned by Amorepacific Museum of Art.

"The collection has been carefully selected to encompass the most representative works from the painters and artists or those that carry backstories for the museum's 50-year history," Kim noted.

"Many of the show's visitors are delighted to be able to set their eyes on 'Universe' because it will be a rare chance when the paintings are available for public view after they were sold in the auction last year," according to him.

Conscious of the rarity of the opportunity, many visitors lined up to get admitted to the exhibition from early morning on Tuesday, the first day the show is open to the public.

The show runs till May 31, featuring some 40 master Korean artists.

The special show also marks the gallery's resumption of business after more than two months, as the previous show was closed earlier than planned in late February due to the local coronavirus outbreak.

The reopening represents another major sign of the local art community waking up from the fallout of COVID-19 as the country is coming back to normal after an intensive social distancing drive. 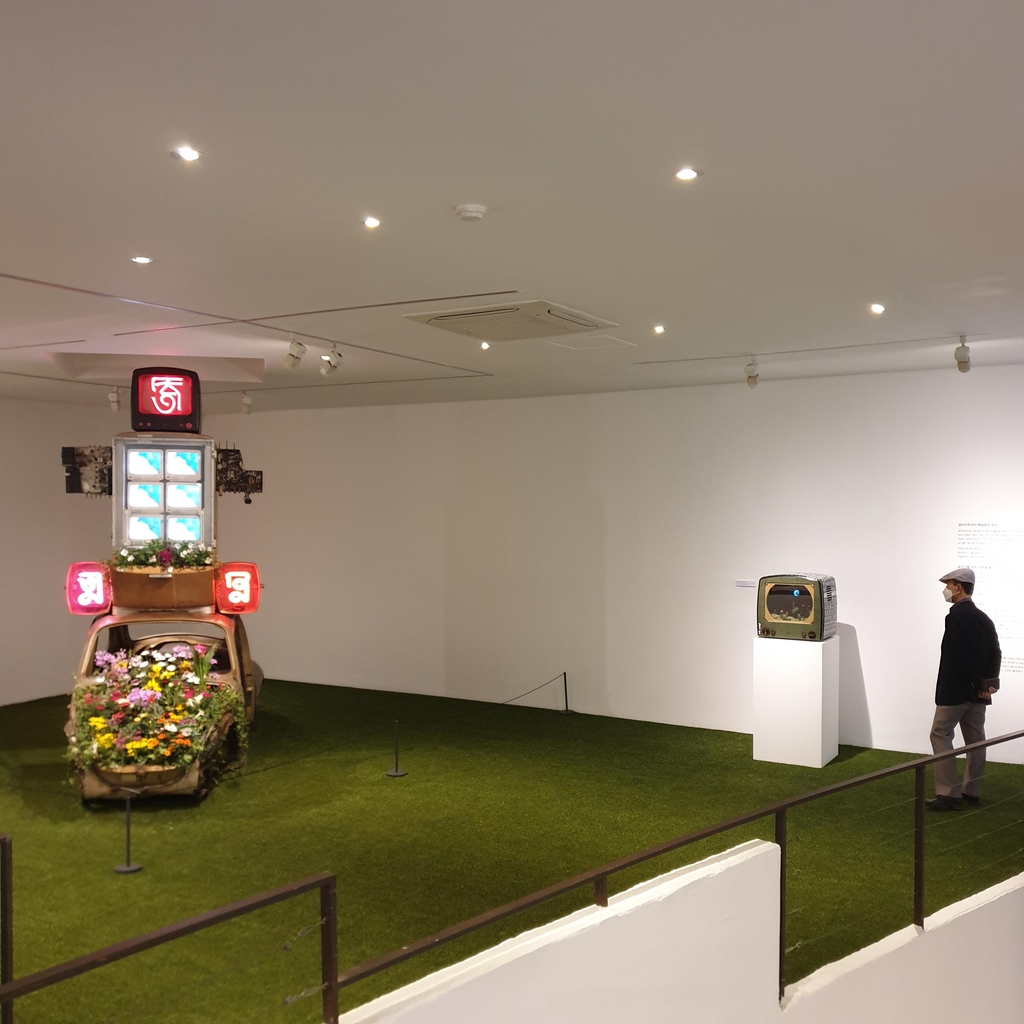