The masks arrived aboard a South Korean Air Force aircraft at Joint Base Andrews, Maryland, and officials from both sides were present to receive the cargo.

The gift is a sign of "the deep and ongoing respect our two nations have for each other that we cemented nearly 70 years ago in a time of war and great crisis," U.S. Veterans Affairs Secretary Robert Wilkie said in a statement released by his department.

"So many years later, we are joined in another just and noble cause of containing a pandemic that threatens our citizens' lives and livelihoods and poses a grave threat to the Veterans we have both pledged to protect," he said.

South Korean Veterans Affairs Minister Park Sam-deuk said in a statement that the masks symbolize the South Korean people's gratitude to the American veterans for their sacrifice.

U.S. Secretary of State Mike Pompeo tweeted his thanks.

"As an Army veteran, nothing delights me more than seeing fellow vets helping each other out," he wrote. "The United States sends its gratitude to this group in South Korea for your kind donation and generosity. #WeAreInThisTogether"

The donation is part of the 1 million masks South Korea's veterans affairs ministry is providing to all 22 countries that fought with South Korea in the 1950-53 Korean War.

The project marks the 70th anniversary of the conflict, which ended in an armistice, not a peace treaty. 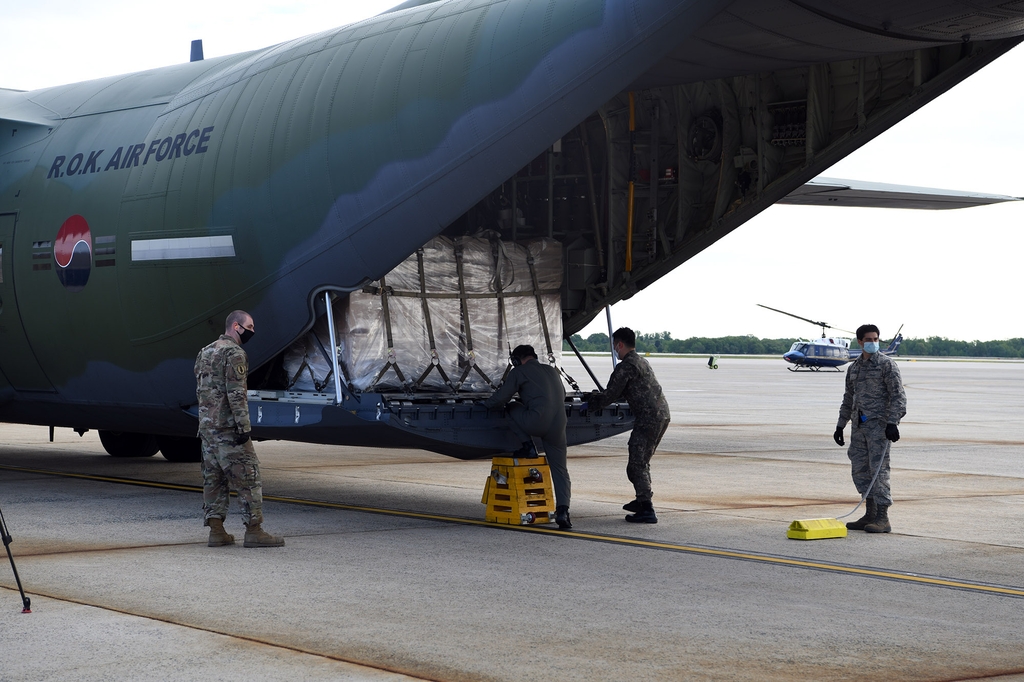