WASHINGTON, May 12 (Yonhap) -- Scaling down combined military exercises between South Korea and the United States does have an impact on readiness, a former commander of U.S. Forces Korea said Tuesday.

Ret. Gen. Walter Sharp was referring to the major allied exercises that have been reduced in scope to facilitate denuclearization negotiations between the U.S. and North Korea.

"I think that scaling down, and doing exercises in other ways, does have an effect on readiness," he said during a virtual seminar hosted by the Korea Economic Institute of America.

He said he would encourage the continuation of the Combined Forces Command exercise program as a deterrent and as a readiness issue. 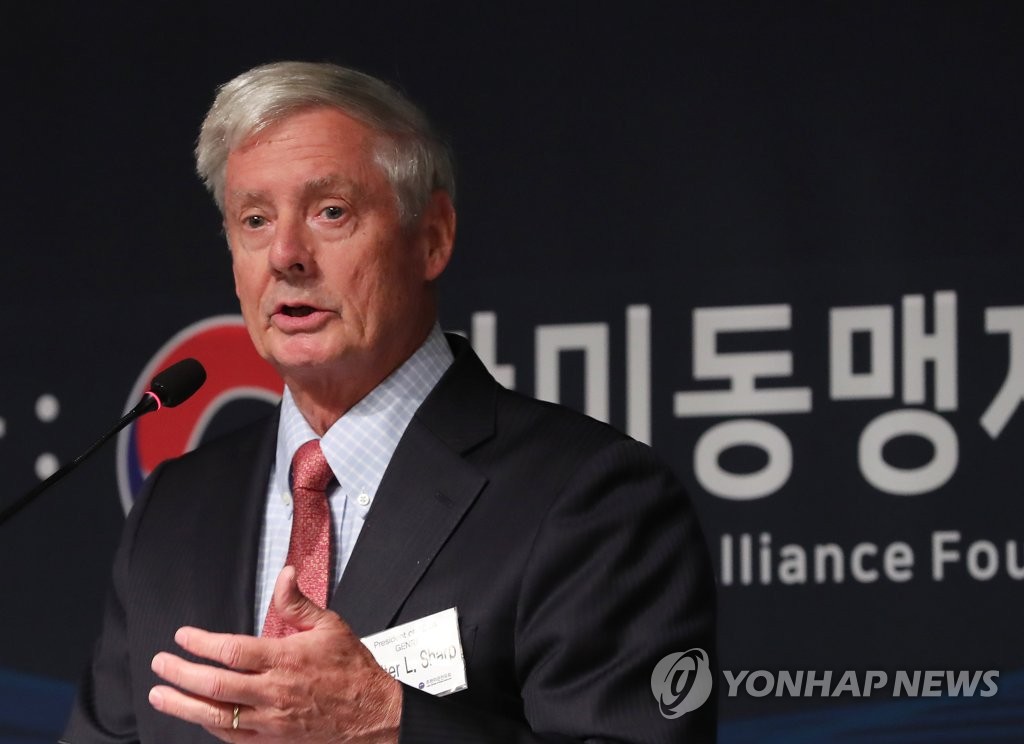 "I do think that when you scale down or don't do some of the bigger exercises -- the Key Resolves, the Ulchi Freedom Guardians -- there is an effect there," Sharp said.

He said he is optimistic the two countries will reach a deal on how to share the cost of stationing the American troops on the peninsula.

The U.S. has demanded US$1.3 billion a year -- an increase of nearly 50 percent from what South Korea agreed to pay under last year's Special Measures Agreement, which expired in December.

South Korea has refused to increase its contribution by more than 13 percent.

"I hope we're able to come to some agreement on both what's on the ledger and then what is the amount that can be paid now and over time in order to equalize the burden," Sharp said.

"In a sense, I think we're getting closer, but in another sense, since both governments have kind of officially -- unofficially -- put out numbers, to close that gap of a couple hundred million may become very, very difficult for both sides to do," he said. "But I'm optimistic that we'll be able to push forward."